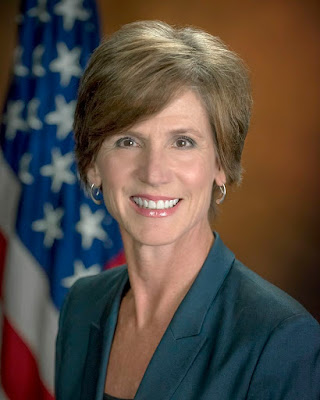 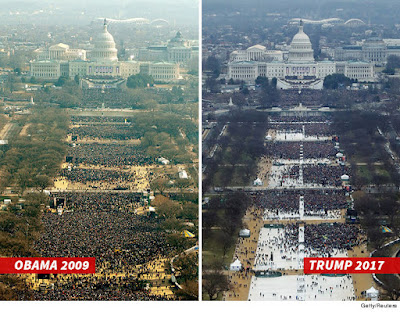 Welp...here it is a few minutes before midnight on the night before January Twentieth.

In just over twelve hours we'll have a new president.

Right now, I feel safe and enjoy knowing my rights are being protected.

In just over twelve hours, I'm going to feel a lot differently.

Does anyone with cognitive reasoning abilities have any doubt that Donald Trump will be something of a problem for our nation?

We're likely fucked. In the most unwanted ways possible. But hey, ain't it great how democracy works?

Most Americans who voted for Trump are likely to be victimized by his policies in the coming years. Then we'll see some buyer's remorse!

However, I won't bother with schadenfreude...I'll be equally as fucked as them!

But hey, before he leaves office, I want to thank President Barack Obama for his thoughtful and compassionate leadership of our country in the face of unprecedented obstruction and incivility.

I am thankful that we've had President Obama, and Michelle, and their great kids living in the our nation's most notable mansion for the last eight years. Joyce and I visited their house, and it was wonderful.

Anyway there will be an inauguration tomorrow with a parade. Here's my video of President Obama's parade back in 2009. It was about 30 degrees colder than the weather predicted for Trump's big day.

Well, this is gonna be a tough one...

I needed to wipe my eyes a few times doing this.

As bad as 2016 was in that so many beloved figures in popular culture have passed, there was nothing that prepared me for the news that 2017 brought.

On the second day of the New Year, I was informed that my cousin Thomas Miller had suddenly passed.

Until late in 2016, he was absolutely in the prime of his life. He was healthy and thriving and at the top of his game. He was an accomplished commercial pilot, an attorney, he basically ran a charter airline, he flew the Eagle One Rescue helicopter, even volunteering to help out in the aftermath of Hurricane Katrina.

Tom had a passion for flight that was inspiring. He worked overtime as a young adult to be able to afford flight lessons, and later his own Piper Cherokee. He became a flight instructor, and actually took me on training flights a number of times. He also went back to school to become an attorney, although his love of flight pretty much precluded him from hanging a shingle in front of an office to practice law on a daily basis.

Tom even trained to become a jump pilot for my parachute organization, and he flew me and Joyce many times to make our jumps back in the 80s. He never got over how crazy it looked for him piloting a plane full of jumpers to open the door at 12,000 feet and watch us all simply leap out! For all his flying experience it was kind of fun to freak him out a little! 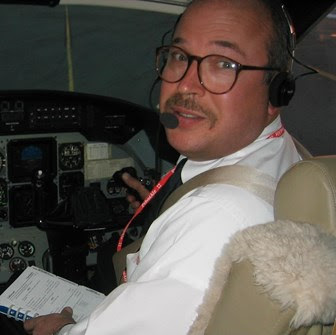 He went on to become a multi-engine commercial pilot, and he graduated to private jets, where he flew celebrities and ex-presidents around the world. He has a photo of himself with President George H.W. Bush. He flew many famous people to amazing places. All while making his way into the corporate world as a director at a charter airline.

He also had a world of other interests, such as boating, where we'd often see him speeding around our sailboat on Long Island Sound. Of course he named his boat "Miller Time"!

And he loved old trains, to the point when I created a documentary about a Rails-to-Trails hiking path and I included a snippet of an old NY-New Haven-Hartford engine rolling out of a station, he wanted me to give him the link to the archived video to see it! And we'll never forget his love for classic cars and motorcycles.

Tom loved family and was always there to help, often even without anyone asking. He was quick and sincere in his offer to assist his friends. He leaves a loving wife and close-knit family who loves him dearly, and an extended family and friendship circle that will always remember him.

Even though we're nearly the same age, my cousin Tommy will always be a role model for me and many others who knew him. I will continue to look up to him for as long as I live, and he will always serve as an example of someone who knew how to do life "right".

And perhaps his most important example will be to live life to it's fullest! There is nobody I know who was better at it.

A famous Irish actor once said this to me, and I believe it true.

"Live each day as if it were your last, because one day you will be right!"

I will miss you always, Tom. We will keep you in our hearts forever.