Back in 2006, British filmmaker James Rogan came to Connecticut to create a documentary about the effect of bloggers on the political landscape. With it, he witnessed one of the biggest upsets of the early 2000's: the defeat of Sen. Joe Lieberman in the 2006 Democratic Primary by upstart candidate Ned Lamont.

This one-hour documentary explores the ways these citizen journalists changed the conversation in America, and it shows that the people have the ability to speak truth to power. 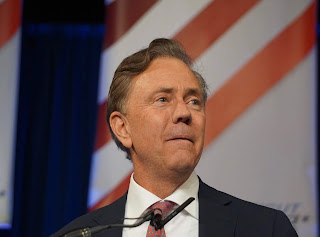 MARK PAZNIOKAS/CTMIRROR.ORG
Yesterday at the Democratic State Convention, Ned Lamont easily cruised to a massive victory for nominee for Governor!

Final tally of the delegate voting gave Lamont a roughly 87% to 13% victory, with Bridgeport Mayor Joeseph P. Ganim failing to reach the 15% threshold to qualify for a primary.

Lamont took the stage moments after the vote was finalized by the convention chair. He quickly recognized the support for Ganim, largely from Bridgeport, and in a conciliatory statement he promised to give Bridgeport and all the large cities of Connecticut the attention they deserve.

Ned's speech zeroed in on the issues that he's been championing since he began his campaign: creating jobs, modernizing the infrastructure, ensuring women's rights, making the minimum wage a living wage, and other popular issues.

Here's his complete acceptance speech. Sorry about the video quality, I'm desperately in need of getting modern video equipment, but the audio is clear enough to understand Ned's remarks, and it captured the excitement in the packed room. 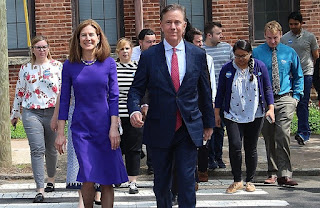 The State Democratic Convention is just three days away, and both Ned and Susan are probably hard at work and building consensus to try to ensure a first-round win among the delegates.

Lamont is the clear favorite going in, but Bysiewicz may have a formidable challenge with the likes of State Senator Gary Winfield and Newtown labor organizer Eva Bermudez possibly contesting her candidacy. In any state race, all you need to do to force a primary is collect 15% of the delegates. This may be the strategy intended by Bridgeport mayor Joe Ganim and others to secure a place on the ballot for the August primary.

To read more about today's announcement along with a Facebook Live video, please visit The New Haven Independent.
Posted by CT Bob at 5/15/2018 07:33:00 PM No comments: 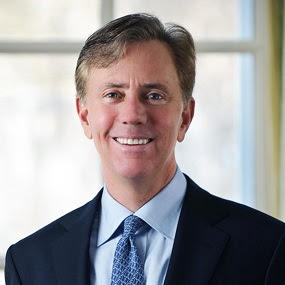 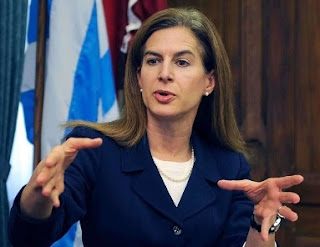 I'm very pleased with this development, as it certainly helps the Democrats ensure continued leadership in the Governor's office.
Posted by CT Bob at 5/14/2018 07:56:00 PM No comments: