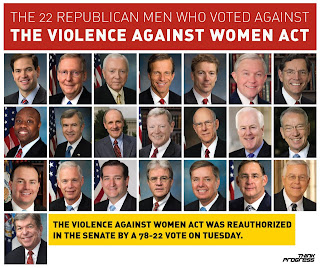 Uh, yeah. And I wasn't even close with my predictions. 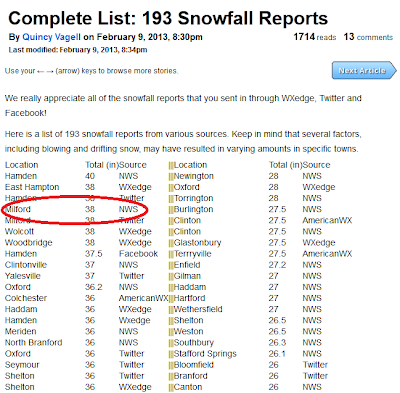 That's the National Weather Service amount. I guess we got lucky being this close to the water, which helped feed more moisture into Charlotte/Nemo/whatever it's called. 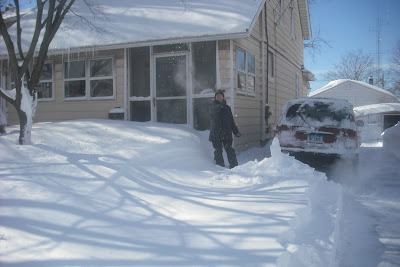 At least the snow blower held out until after we carved a path to the street. Then the drive belt broke! I've ordered a replacement from Sears, but it'll be about 10 days before it gets here.

But that's the weather forecasters, and we all know how hysterical they can be. We'll see how much we get.

...a baby penguin getting tickled! 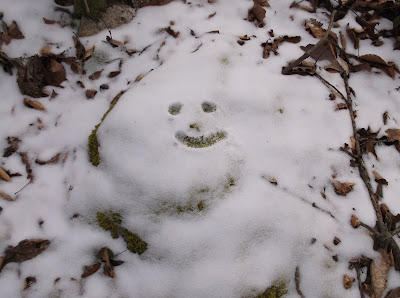