I was almost killed in a terrorist attack! 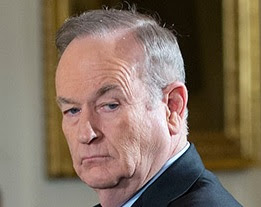 Bill O'Reilly has been taken to task for "exaggerating" his role in reporting from the Falkland Islands during the shooting war between Great Britain and Argentina, while he was actually 1,200 miles away safely ensconced in Buenos Aires. He claimed he was reporting from a "war zone".

I guess if I use his journalistic guidelines, I can report that I was mere feet from a terrorist bomb that exploded in Times Square back in 2008.

It's true. I was "feet" away from the small backpack IED that was placed at the famous Army recruitment office in the island on Broadway and 7th Ave. on March 6th, 2008, and exploded with minimal property damage and no injuries.

It was the morning after several important primaries between Hilary Clinton and Barack Obama. I watched the results until sometime after midnight, and then fell into a deep sleep in my incredibly comfortable king sized bed.

I was probably about 1,000 feet away, sleeping up on the 35th floor of the W Times Square Hotel overlooking the area. I was jarred awake by a loud bang around 4AM, and after a minute or two of wondering if I should get up and look out the window, I rolled over and went back to sleep.

But, technically speaking, I was "feet" away from the blast, and in fact could possibly have been killed if was was maybe 990 of them closer.

Just like Bill O'Reilly could have been in the "war zone" that he was some miles away from, but only if he were about 1,150 of them closer.

And like a dutiful journalist, I reported on the attack that I was definitely, without a doubt, very almost somewhat nearly involved in!

There's a very good concert film/documentary about the English band Portishead on Youtube. The concert was filmed at Roseland in 1998. The band was backed by an orchestra, helping make this a memorable show.

Just one thing...I really wish singer Beth Gibbons wouldn't smoke so much! She is rarely seen without a cigarette in her hand. I only hope that in the intervening 17 years she managed to kick that nasty habit!

Oh well, it obviously hasn't hurt Keith Richards much, so maybe rock stars are more resistant to the damaging results of smoking than the rest of us mere mortals.