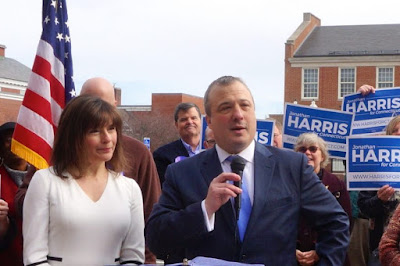 Are we ever going to do anything about super-delegates? 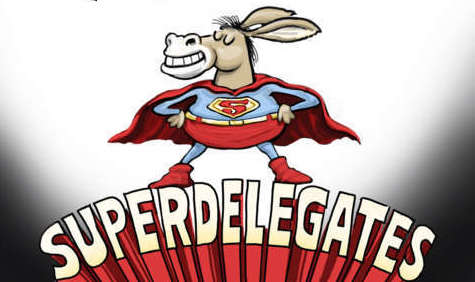 As we flail headlong into the 2018 mid-term elections, we need to consider where we are regarding the Democratic party's fucked up super-delegate system.

Because really, it's just two years until we're deep into the 2020 primaries, and we'll soon after have to deal with the Democratic National Convention, where a candidate will be chosen to hopefully correct many of the wrongs that have been perpetrated by Trump and his band of GOP cronies.

But our party's system of selecting a candidate is still a mess.

For some archaic and inscrutable reason, the Democrats insist on reserving roughly 20% of the voting delegates as party insiders and appointed members.

Think about ANY election, where 20% wasn't a monumental voting block, if unified.

In 2016, the Democratic primaries boiled down to a contest between Hillary Clinton and Bernie Sanders. Sanders was a no-nonsense straight-talker, unafraid to ruffle feathers in the pursuit of fairness and justice. Clinton was an established party insider, well-known and well-loved by the Democratic party members.

As the primaries progressed, both candidates won a similar number of contests, and each had a sizeable amount of delegates.

But then a curious thing started happening. As the delegate totals were tallied, many MSM outlets started including the pledged votes of the super-delegates into the totals. These were votes that were NOT locked in, and any one of them had the option to change their vote right up until the moment they cast them at the convention.

But this had a curious effect on the primary process. By showing one candidate's totals being anywhere from 10-20% higher than an opponent's simply because of the pledged votes, this had a not-insignificant result in "chilling" the turnout for the candidate who wasn't the party insider.

When Hillary won enough votes PLUS the pledged super-delegates, she was declared the presumptive nominee by the media and the party. Even though in reality, she was hundreds of votes shy of the threshold required. But the party rejoiced in her "victory".

If you were a Bernie supporter at this point, would you be inclined to go out an vote in a remaining primary? Probably not.

There's something that just doesn't smell right about letting a handful of party insiders control what's supposed to be a democratic process.

In fact, since local governments spend tax dollars to run these elections, don't they have a responsibility to see if they're being run fairly? Since the National Democratic Committee wants to keep these elections unfair, shouldn't they have to shoulder the cost of the elections? I know for myself, I don't want to see a thin dime of my tax money spent on an election that is supposed to be democratic but is actually rigged by party insiders.

I wonder if there's any legal precedent for bringing an action against the DNC, while there's still time to make a change?

I'd be interested in seeing something like that. Where the PEOPLE control the PARTY, and not the other way around!

(...and I full expect Bernie supporters to agree with me; and Hillary supporters to tell my why I'm wrong and why Bernie cost Hillary the election because blah blah blah...)
Posted by CT Bob at 4/23/2018 11:10:00 PM No comments: