Well, that was quite the little shit show out there in Cleveland.

Melania borrowed from Michelle. Best sarcastic tweet of the entire episode was from a fake Melania:

"I am saddened by these charges of plagiarism, and so are my children Sasha and Malia."

Ted Cruz kicked off his campaign for the White House in 2020. I'm sure Trump was not pleased about that, nor his lack of an obvious endorsement. One thing is certain; if Trump wins, Cruz will be persona non grata in his administration.

At this point, my only concern is that too many anti-Hillary Democrats will vote third-party or simply stay home on Election Day. Trump can't win this thing unless WE give it to him. I'm heartbroken that Bernie didn't get the nomination, and still infuriated by some of Clinton's and the DNC's tactics.

But the reality is, the next president will likely appoint two or more Supreme Court justices. Regardless of how you feel about Hillary, we absolutely CANNOT let the Republicans have that opportunity. The results of that will be devastating for our country for DECADES to come!

So, just hold your fucking nose and vote for Clinton in November.

Who knows? Maybe Clinton will make a somewhat decent President.

Next up, the Democratic Convention in Philly. Hoo-boy, that's gonna be a humdinger! 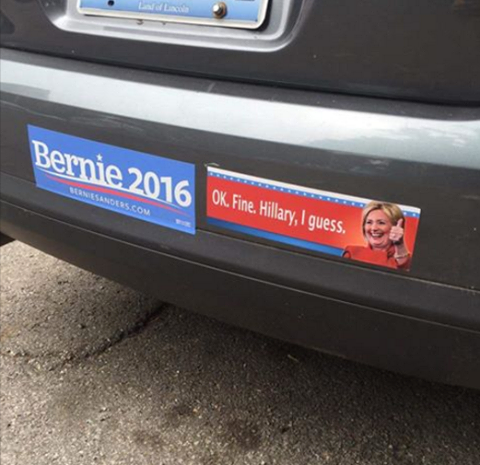