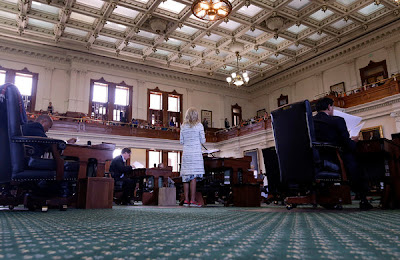 As far as I know, not a single news network carried the live feed of the dramatic conclusion of this event. Thankfully, several sources put up live streaming on the internet. Anyone who doesn't think network news is a joke might want to rethink their opinions.
Posted by CT Bob at 6/26/2013 07:57:00 AM No comments: 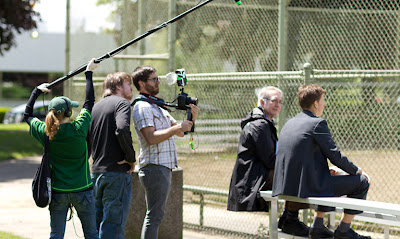 The day the movies died

July 1st is the day our wonderful state government has decided to kill the tax credit for film making here in the Nutmeg state.

While there were obvious problems with the program, it appears that rather than attempt to fix those problems, they lost interest and pulled the plug entirely for film projects.

This is what happened, via the Hartford Courant.

Nobody asked me of course, but here's a list of things they could have done to better govern this situation:

1. Address the issue of out-of-state film productions coming here and shooting for 30-60 days with many out-of-state employees, by making it a requirement that they hire at least half their crew from the many graduates of the Film Industry Training Program. And purchase/rent their hardware from in-state businesses

2. Cap the tax credit to something reasonable, like a one-for-each three dollars they spend credit only if they can trace that has gone towards Connecticut businesses and salaries. It doesn't help our state if Steven Spielberg shoots a big budget film here but brings crew like craft services in from Manhattan.

3. Keep the FITP going! It really is a pittance in budgetary terms, but it created interest and skills in a very important demographic to the state: the recent college grads. Connecticut is suffering from a massive brain drain among those interested in film, simply because we don't provide any incentive for them to stay here and explore their art.

4. Create a grant program for small and fully in-state produced films. I can't begin to describe how much it would help Connecticut's indie film community if the state offered grants for people to create and finish films! It would create jobs, keep talent in the state, and generate publicity for Connecticut. How about making it easier for folks to make features with a budget of $50,000 by providing them a grant of 1/3 to 1/2 of their budget? The promise of funds would help them raise money, and by default it would establish an indie film economy. And it would put Connecticut taxpayers to work!

5. How about appointing an official liaison to the indie film community? The reason FITP was unceremoniously snuffed this year is because Governor Malloy combined the department responsible for the program with the Department of Labor. Putting the FITP funds under their control pretty much made it a fait accompli to its demise. They wanted the money for their own programs.

Programs like paying for people to stay OUT OF WORK. Maybe if we knew who the fuck to talk to with suggestions, could we have gotten better legislation?

6. How about holding some public meetings about the program when working people can actually attend? I'd love to be up at the Capitol on a Wednesday afternoon, but sadly I have to earn a living because Connecticut doesn't encourage the indie film community. It would be awesome to have "town hall" style events in the evening when more supporters would be available.

Anyway, the premature death of FITP makes me sad. It seemed so unnecessary and perfunctory. So fucking bureaucratic.

And the repeal of the tax credit for film hurts too. I wish they even gave it a chance for someone to change it into something that would actually work for Connecticut-based indie film.

They should have fucking asked US.