It's probably as good a time as any to get a bit introspective about the last 12 months.

Although it was a pretty good year for me, 2012 has been a tough year for a lot of people. The newspaper headlines spelled out the story of senseless shootings, of hundred-year storms, and of economic hardships.

I've been very lucky. I started a new job in January, and while it's not exactly what I want to be doing, I count myself as among the very fortunate in having a job that provides a decent wage and reasonable benefits. After being unemployed for nearly 18 months, my situation was becoming critical. I won't say that I got the job just in time, but it was definitely getting to the point of having to face some painful sacrifices. Fortunately, the new job has enabled me to postpone those sacrifices, hopefully indefinitely.

But many people still have it much worse than us, and we try not to forget that. There is much for everyone to do in the coming year, and we all will have to pitch in as best we can.

There are also many things to be thankful for. 2012 dealt a huge blow to America's most radical political party, the Tea Party-dominated GOP. We may finally be headed for a time when both parties will work honestly toward what is best for America. The current budget discussion is inexorably heading towards a compromise that for the last two years the Republicans have said they wouldn't even consider. Elections have consequences, and the results indicate this may be the year that the GOP finally backs away from the precipice of insanity and becomes a more reasonable party.

The new year will bring a sense of hope that has been absent for the last several years. 2013 is an opportunity for our leaders to achieve greatness. We can only hope that they have the smarts and the guts to make those decisions that will set our nation back on track.

We shall see. In any event, I wish you all a safe, happy, and prosperous New Year!

Who doesn't love that wonderful fake noir-gangster film "Angels With Filthy Souls" that was featured in the Christmas classic "Home Alone"?

Well, now you can own a bit of Christmas cheer when you buy this sweater with a memorable quote from the film!

A meaningful debate has finally started

The long-overdue national debate on gun control has begun. It took a tragedy of epic proportions to get it started, but now there is no denying that, as a nation, we'll finally get to confront this issue.

Given that, I was still surprised to see that former Republican congressman and MSNBC "Morning Joe" host Joe Scarborough has completely changed his former pro-gun stance to supporting gun control.

Politically, this may be a move that more Republicans embrace. I'm not implying that's why Joe changed his views, but there is little doubt that if these kinds of horrific tragedies continue to occur, it will have a direct and negative impact on many pro-gun candidates' election chances. It may finally be time for them to stand up to the powerful gun lobby.

In times like this, we look to our president for compassion and leadership.

President Obama's remarks tonight provided exactly the kind of comfort and compassion we needed to help us begin healing from this ordeal. I am very proud of our president.

Good. Now that I've cleared that up, this week's SNMC feature jazz legend and pioneer Dave Brubeck, who sadly passed just one day shy of his 92nd birthday last week.

I've seen Brubeck probably a half-dozen times over the years, in jazz festivals ranging from New Haven to Newport to Saratoga and elsewhere. And he was always a pleasure to hear and experience. His influence on music is indelible.

He will be missed, but his music will live on forever. 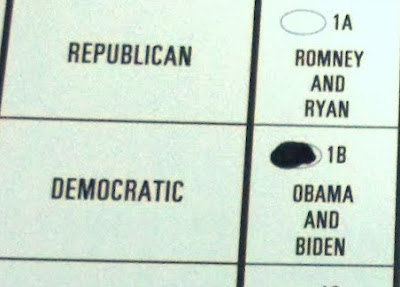 Rep. Himes on the "Fiscal Cliff"

Stream of Conscience host John Hartwell interviewed Rep. Jim Himes (CT-04) about the looming so-called "fiscal cliff" that will occur on Dec. 31st if a deal isn't struck before then.

This video should be required viewing for anyone who creates their views based solely on the brief snippets of information served by network news organizations. The world isn't going to end on New Year's Eve (unless it already ended on that Mayan calendar date) and people need to know that the term "fiscal cliff" is a complete misnomer.