Iowa gets its place in the spotlight

Once every four years, Iowa becomes the center of the political universe. For a brief shining moment, all the world looks to Iowa.

Or, as my dad used to say, the sun even shines on a dog's ass once in a while!

Not to knock Iowa, which I'm sure is a lovely state featuring corn and ... well, probably some other stuff. No, I'm convinced it's great to Iowans everywhere, like my pal Spazeboy, who loved Iowa so much he couldn't wait to escape to our beloved Connecticut.

Seriously though, I grant that Beau loves Iowa, but this post isn't about him.

It's about the Iowa Caucus.

The Iowa Caucus is noteworthy only because of it's place on the calendar. The caucus electorate in Iowa comprises of an overwhelming number of white middle-class voters. There is nearly zero representation of any ethnically diverse peoples. Iowa is definitely the whitest caucus state in the union. (It makes me think that's where the term "Caucasian" comes from!)

A lot has been said recently about how non-inclusive the Academy Awards field is this year, and yet, almost nothing is being made of the first two states to cast votes for both party's eventual nominees. You think the Oscars are white? Check out Iowa and New Hampshire!

So why are they given so much political currency in the primary process? And also, while we're at it, why does New Hampshire traditionally get to be the first state in the union to allow voters to go to the voting booth and make their wishes known? In the 2010 census New Hampshire was 93.9% white. Iowa was 91.3% white. Both states are a wide margin from representing the national makeup of ethnicities in our nation.

Yet, the result of these two early election-year contests goes a long way towards determining who stays in the race; who gets the big money, and who goes home. Because the reason politicians get to even stay in the race until the convention is typically because of big money.

Big money is the main reason we have so little diversity among most of our candidates today. It matters little that people like you or me (us 99.999997% of people without the Koch brothers-like money) make contributions to our candidates, only to be out-donated by big-time candidates backed by huge special interests, like Hillary Clinton or Ted Cruz. The only candidates who seem to be avoiding the pitfalls of being indentured to big donors are Donald Trump (who can easily self-fund his campaign), and Bernie Sanders. Donald Trump is pretty much indentured to his own interests, seeing as he's basically his OWN super-pac.

Bernie Sanders receives nearly all of his money from individual donations. Now, I'm not going to go into the minutia of what constitutes individual donations, except to say there is no doubt that Bernie gets a much, much larger percentage of his funding from actual people, rather than large corporate interests, like Hillary Clinton does.

Despite my deepest wishes, I'm very pragmatic. My heart wants Sanders to win, or to make a spirited run for the nomination. In doing that, he can be the conscience of the Democratic Party, and help frame the way we go into the next four or eight years. Dennis Kucinich was that, back before the Republicans gerrymandered him out of office.

But my head is telling me that Hillary will get the nomination and most likely the White House. And I'll vote for whomever wins the Democratic nomination, regardless. Within reason, that is.

So, should Sanders not get the nod, and it looks fairly likely that'll be the case, I'll go to the voting booth (it's not really a booth anymore, more like a fold-up three-card monty table; and yes, the irony isn't lost on me) and vote for Hillary.

And when she wins, I'm sure I'll have that same uneasy satisfaction of having elected the first woman president (as I did when we elected the first black president), whom I hope will do a good job, but will likey be the source of some disappointment similar to what we've experienced with our current president.

Barack Obama and Hillary Clinton are cut from the same cloth, and I will not be surprised if Hillary reacts with the same level of conservatism that Obama has. Really, there hasn't been a true liberal president since LBJ. And he was a serious asshole most of his life!

Of course, if we are swearing in President Sanders a year from now, I'll be breaking out the Moet and setting off fireworks in my backyard!

Because I don't doubt for a second that Bernie will bring the "hope and change" that we've been looking for!

(I guess this represents my official endorsement of Bernie Sanders for president. Talk about burying the lead!)

Iowa and New Hampshire looking to be a coupla doozies!

Mired at home during Super Fucking Blizzard Jonad (eh, maybe a foot or so of snow...it's what we called a "snow day" when I was a kid), I've been looking at the poll numbers for the first two kickoff events for the 2016 primary season.

Or what I like to call, my most favorite time of the (four) years!

Next to the America's Cup and the Winter Olympics, this is my most favorite spectator sport that happens quadrennially! (my spell check doesn't think this is a word, but I beg to differ!)

Looking at the fields for both parties going down to the final weeks, I have to say that this is looking exciting. The Democrats have a spirited battle between de facto nominee Hilary Clinton and vocal conscience of the party Bernie Sanders.

The most recent polls are putting Clinton at an advantage in the Iowa caucuses, while Sanders seems to have a majority in New Hampshire.

The way it looks to me, and I'll be the first to say I'm not entirely sure how caucuses are set up, it seems Hilary has a lead with caucus voters, who probably are somewhat more invested in their position than the average Joe Voter guy. As a caucuser (there goes spell check again!) you typically are expected to assemble and discuss your choice with other voters. So this seems to be somewhat more of a "party supporter's" group. And to me, I'd say Hilary has a lot of support from party people.

Bernie seems to be attracting a populist surge in his campaigning. He's the kind of candidate that most "typical" Democratic voters might associate with. His media crew is doing a phenomenal job promoting him and his ideas, and they make Hilary look almost lost by comparison.

I'm wondering if we'll have the sort of primary year (like 2008) where every single primary mattered! It will be fun for at least a while, that's for sure.

Meanwhile on the Republican side, Trump v. Cruz seems to be the main battle. Donald Trump is that rarest of candidates, the type that has no experience and no filter. He says whatever he likes, and his target group eats it up. I'd be honestly surprised if Trump didn't win any of the February contests, and he may win most of them!

The Iowa Caucus is scheduled for February 1st, and the New Hampshire primary is on February 8th. I can't wait!

Some days the internet is perfect

To be honest, I felt exactly like her when I thought I'd lost my drone!

February 1st is the kickoff for what promises to be an exciting presidential primary season!

I've decided to post the latest primary schedules on a monthly basis, so I'll start right now with February. Each month I'll put up the following month on or near the 1st. So, for March's schedule, check back here around Feb. 1.

Or, you can go to my source directly at Frontloading HQ for the entire calendar.

[NOTE: The South Carolina Republican primary is subject to change depending on the resolution of the North Carolina presidential primary scheduling.]

Washington Republican caucuses
(Date set on September 12, 2015 at state central committee meeting. The caucuses will begin the delegate selection process, but have no bearing on delegate allocation/binding.)

[NOTE: South Carolina Democrats are planning to hold a February 27 presidential primary. It is unclear whether the North Carolina primary situation will impact this scheduling.] 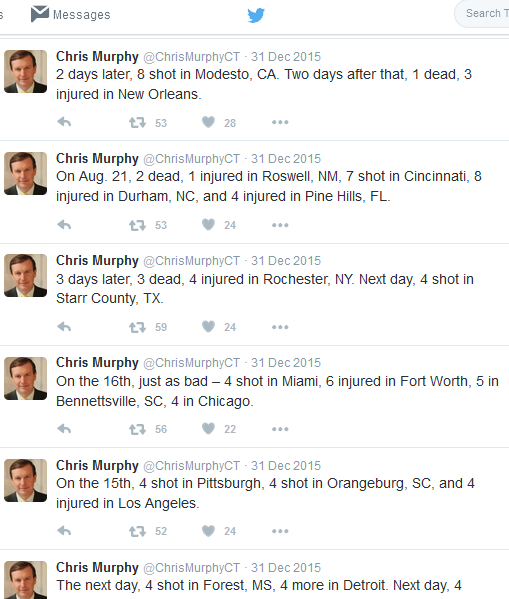