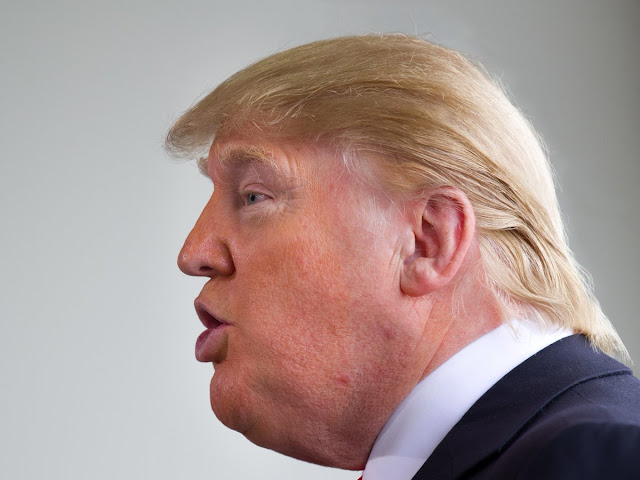 As of today the tangerine nightmare is still in the White House.

That is, when he's not fucking off to his Florida shit-hole or his overpriced Jersey toxic waste dump.

I hope to look back on this post before the end of this year, and marvel at just how bad it was under his leadership at this moment in time.

Friday night I saw Donald Fagan and the Nightflyers at the Cap Theater in Port Chester NY.

Fagan put together an insanely talented group of musicians to back him, and they were amazing. They played a mix of solo stuff along with some classic Steely Dan songs, and a few memorable covers, such as the Grateful Dead's hit Shakedown Street.

Fagan's 1982 album "The Nightfly" is one of my absolute favorites, and I was thrilled when they opened the show with "Green Flower Street", and later performed "The Nightfly", "I.G.Y." and "New Frontier".

Of course, songs like "Green Earring", "Black Friday", and "Josie" were enthusiastically received, and a high point was the early Dan hit "Dirty Work", sung by the lead guitarist rather than Donald Fagan. I think that's a classy move, to not try and take ownership of a song featuring a towering vocal performance by David Palmer back in an early incarnation of Steely Dan.

Nightfly was clearly the solo album Fagan likes best, as he only played one track each from Kamakiriad and Sunken Condos (Countermoon, a funky tune; and Weather in my Head, not my fave track from the album).

So here may be a rare repeat performance of a track that I think I featured a while ago. I'm not really sure, and I'm not interested in searching for it right now, but anyway, it's still one of my favorite Donald Fagan videos.

From The Nightfly, this is New Frontier: