Donovan owns it in new ad

Somehow, in recent years we lost the battle against the right wing propaganda machine when these words are mentioned.

But a battle isn't a war.

And in the war to reclaim these words, Chris Donovan proudly lays claim to them in his new ad:

I admire Chris for standing up against those in the political world who would like to label his political leanings as a pejorative. The conservatives and anti-union nut cases. The radical religious zealots. The FoxNews zombies.

If I was him, I'd say, "Fuck those fucking people! I'm proud as hell to be a Liberal/Progressive!"

Of course, Chris probably wouldn't use my quote verbatim (although he'd have my vote for life if he did!) but he does say essentially the same thing in this video.

Duran Duran was another MTV mainstay back in the day. Their music video "Rio" is one of my faves; it's a good song, but I like it mostly because they're sailing on an incredible yacht somewhere tropical.

I can totally relate to that.

They shot most of the video in Antigua. My wife and I went there in 1988, and we visited some of the sites and views that were in the video. I hope someday we will return there.

Simon Le Bon, the lead singer of Duran Duran, is an avowed sailor; and he even owned a maxi-yacht "Drum", which lost its keel during the famous Fastnet race off of England. Le Bon and the crew spent nearly an hour inside the overturned vessel (racing sailboats tend to quickly capsize when they lose their heavy keels) before being rescued by a Royal Navy helicopter. He continues sailing to this day. 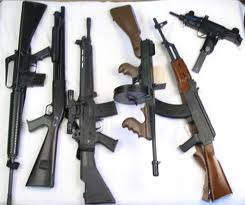 Another heavily-armed misfit took out his rage on a bunch of innocent civilians in Colorado early today.

Yes, it's such a good thing our leaders (specifically that complete shitbag George W. Bush) allowed the assault-weapons ban to expire. The Aurora Colorado shooter had apparently purchased all his weapons legally during the preceding six months.

For fuck's sake people, I understand that the 2nd Amendment allows for an armed civilian populace. But I'm sure they never intended the average citizen to be free to accumulate enough firepower to fight off a cadre of police or soldiers.

Keep in mind the Bill of Rights, that hallowed document which clarified many of the rights we enjoy to this day, was written at a time when it was perfectly legal for white land-owning Americans to totally fucking OWN human beings possessing a different skin color than them!

But sure, other than that unfortunate "slavery" thing, our Founding Fathers did get a lot of things right, but even they never envisioned that some alienated kid or young adult would find it so easy to legally purchase a fuckload of lethal weapons and turn them on children watching a movie.

I mean, at least if the guy was a frustrated movie critic or something, it might be justified (I don't know if the movie sucks or not, but it's at least a scenario); but this was just some nutjob who wanted to inflict as much pain on as many people as possible.

There was no such thing as repeat-firing arms back in the late 18th century when the 2nd Amendment was hand-written on parchment. If those brilliant men had any inkling of what technology would have wrought during the next couple centuries, they might have included a codicil that limits the possession of weapons to single-shot black powder guns, or shotguns, or even revolvers, which at most can only fire five or six shots before needing a reasonably complicated reloading process, as opposed to simply dropping an empty clip out of an automatic and jamming a full one in, which takes only a few seconds. Some automatics have 14 or even 30 shot clips!

Because I do legally own a revolver for home protection, and I firmly believe that if you have a gun and you can't hit what you're aiming at in five shots or less, you have no justifiable right to be operating a potentially lethal weapon!

But, I'm a realist, and I know that we'll continue to suffer tragedies like the one that occurred today for many years to come.

It's just all so goddamned unnecessary.

You know who isn't shy about releasing his tax returns?

What're you hiding there, Mittens?

Lately some redneck sheriff has been trying to rehash the "Birther" issue again.

Don't these idiots know that the guy they voted for back in 2008 wasn't even BORN IN THIS COUNTRY? Maybe he could have legally been the president of Panama, like Noriega, but he couldn't legally be OUR president.

(then again, if McCain had won, all us Libs would probably be the Birthers now! LOL!)

Back in the 1980s Robert Palmer was an MTV mainstay. His catchy tunes and risque music videos ensured heavy rotation; at least, back in those days when MTV actually SHOWED MUSIC VIDEOS RATHER THAN BANAL, INSIPID, SHITTY REALITY PROGRAMS!!!

Anyway, Palmer had a perfect sensibility for the time. He was the epitome of the "sharp dressed man" that ZZ Top sang about.

Here's one of my favorites, "Addicted To Love"; which, at the time caused some minor scandal because I'm pretty sure you can almost see some nipples through those instrument-playing models blouses!

I know, it's terribly shocking! (actually, MTV was, and still is a cable channel not restricted by the FCC's rules, and they can show any damn body parts they want; but still, it was fairly titillating for the time. I mean, frickin' Ronald Reagan was president and his Interior Secretary James Watt banned the Beach Boys from playing on July 4th in DC because they were too "dangerous" or something like that!)

...and when I think of Reagan today, I know in my heart that he'd never stand a chance in hell of winning the Republican nomination, because he's just not "conservative" enough! And that's the reason Romney won't win the White House in November, because he just won't draw enough conservative votes. They just don't give a hoot about him!

The view from above

The weather has been awesome lately, and we've been on our sailboat every chance we get.

Here's a photo that CT Joyce took after I hauled her up the mast in the bosun's chair to fix the windvane.