Can we do mental health screenings on Presidents-elect? 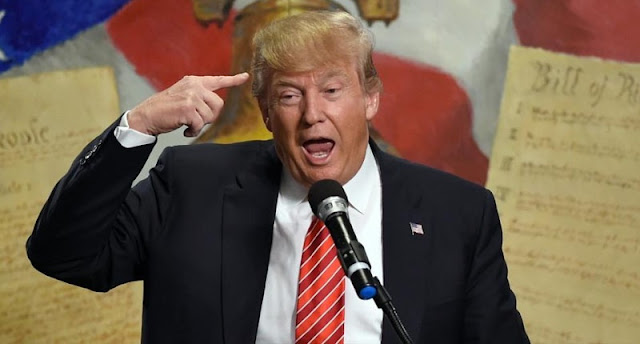 Everyone with even the slightest cognitive ability can plainly see that Donald Trump has some mental health problems, no matter how hard they try to ignore this fact.

People who voted for him have to be aware of, but choose to ignore, the obvious signs that Trump suffers from some serious psychological issues. They apparently have an internal filter that conveniently avoids acknowledging the terrible things that Trump says and does on a daily basis because they hear only the things they want, such as lower taxes for the wealthy, and the threat to magically sweep all illegal immigrants out of the country.

So a number of professors of psychiatry have written our current popularly-elected president, and asked him if they can do something about Trump's dangerous mental condition.


received this stunning letter to President Obama from a source, with written permission from Dr. Herman, Dr. Gartrell and Dr. Mosbacher, because the source knew that I had been interviewing Psychiatrists and Psychologists about Donald Trump’s alleged “Narcissistic Personality Disorder”.

Virtually every mental health professional I interviewed told me that they believed, with 100% certainty, that Mr. Trump satisfied the DSM criteria of this incurable illness and that, as a result, he is a serious danger to the country and the world.

The article goes on to describe the characteristics of “Narcissistic Personality Disorder”, and reading the list makes it chillingly clear that Donald Trump is ruled by a severe mental illness.

And he has absolute authority to do anything he wishes with our nuclear arsenal!

The Diagnostic and Statistical Manual (DSM - 5, Cluster B) for “Narcissistic Personality Disorder” by The American Psychiatric Association (APA)

Here, according to The APA, are the 9 criteria for “Narcissistic Personality Disorder”. If an individual has 5 out of the 9 they have a confirmed diagnosis of this illness. Many individuals have “traits” of narcissism but only about 1% of the population has clinical NPD.

“Summary : A pervasive pattern of grandiosity (in fantasy or behavior), need for admiration, and lack of empathy, beginning by early adulthood and present in a variety of contexts, as indicated by five (or more) of the following:

1. Has a grandiose sense of self-importance (e.g., exaggerates achievements and talents, expects to be recognized as superior without commensurate achievements)
2. Is preoccupied with fantasies of unlimited success, power, brilliance, beauty, or ideal love.
3. Believe that he or she is “special” and unique and can only be understood by, or should associate with other special or high-status people (or institutions)
4. Requires excessive admiration
5. Has a sense of entitlement
6. Is interpersonally exploitative
7. Lacks empathy: is unwilling to recognize or identify with the feelings and needs of others
8. Is often envious of others or believes that others are envious of him or her.
9. Shows arrogant, haughty behaviors or attitudes.”

What does it mean if someone does have NPD?

If someone does have “Narcissistic Personality Disorder” they can, indeed, wake up, see a Tweet or a news report from a foreign leader criticizing him, mocking him, calling him “weak” or threatening his ego in any way and order some kind of impulsive, vindictive, punishing, immediate response that could include an unhinged order to attack that foreign leader or foreign country with military force, even including the authorization of nuclear weapons.

It is extremely likely that there would be some kind of impulsive, angry diplomatic response.

Before I read this, I knew we Americans were pretty much fucked.

Afterwards, I now know the entire world is fucked!

For further reading, here's a look at the DSM-5 discussion of NPD.