Not Out Of The Woods Just Yet 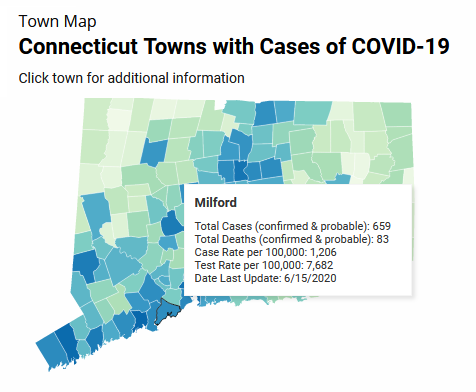 Milford still has a very high percentage of fatalities per confirmed or likely case, running at roughly 12.5%. This is likely due to the outbreaks at nursing homes, which have an extraordinarily high death rate. But still... 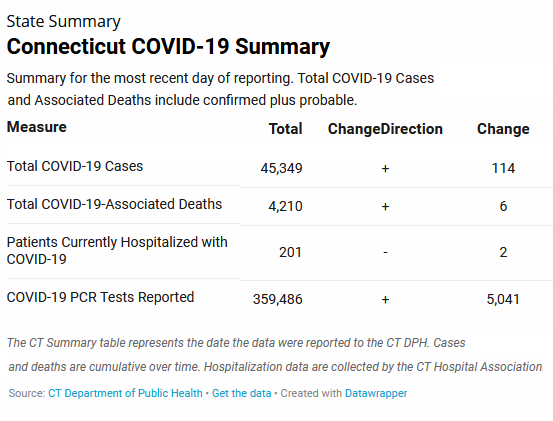 Connecticut as a state is doing somewhat better, with a fatality rate slightly below 10%. Not great compared to the national average. I haven't figured out the reason for the discrepancy between the national fatality average of (currently) 7.3% and our 10% rate. One sure thing is that a second wave of Covid-19 is starting to burn through the populations of many states that had low rates of infection before now.

But that's nothing compared to the amazing progress so many other countries have made to both prevent the spread of the virus and control the hot spots before they get too big. Obviously the reason for this is the singularly horrible lack of leadership our nation is suffering under. Trump at first ignored the threat, then denied it, then called it a hoax, then claimed we controlled it when we didn't, then claimed he had a miracle drug that would end the threat, then simply lied and claimed the threat is over.

There IS a vaccine for the virus known as Donald J. Trump.