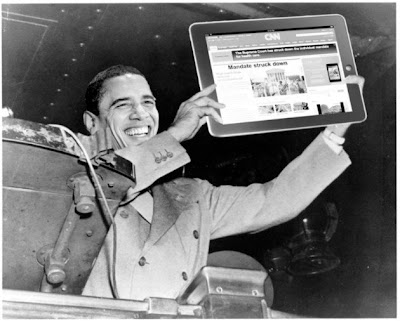 I was watching CNN in Cairo & messaged my husband. He called me & said NPR said otherwise. I switched back to OSN News (which had Kathy & Hoda on at 4PM drinking & giggling). That's where I got the straight story, when they moved over to pretty boy David Gregory. Wolf Blitzer was in such a hurry to be the first to call it, CNN ended up being a laughing stock of the news industry. I didn't check Al Jazeera, since they have their hands full with the revolution going on in Northern Sudan (news to you? Yeah, no massive media coverage on it-yet.) And with the situation in Syria.

Syria I'm well aware of, but the current revolution in "NoSu" (I'm guessing that's what the hipsters call it) isn't quite on my radar.

Time to fill up on some AJ unfiltered world news!

Just check out Twitter #SudanRevolts - that's where most of the news is. We hear about it in Cairo because we have so many Sudanese refugees & just a few days ago a couple of Egyptian reporters were captured, jailed & expelled from the area. So it's very close to us here. The only real news about it was here (Foreign Policy Magazine): http://www.foreignpolicy.com/articles/2012/06/26/sudan_needs_a_revolution
Hopefully the MSM will pick it up too.