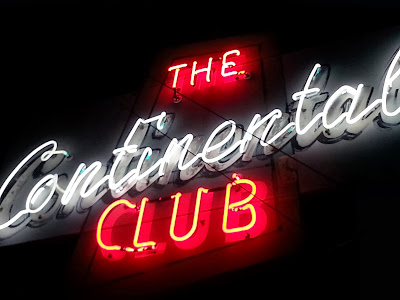 OK, here's another song by The Whiskey Sisters. I previously referenced them back in June here.

Ray Benson ("Asleep At The Wheel") hosted the band on his show The Texas Music Scene.

Also, I heard the band just scored a prime gig, they're going to open for Willie Nelson on New Year's Eve at the legendary Austin City Limits. The show is totally sold out, of course. I wish I could be there for that one!

Here's the happiest boy in Austin with Barbara Nesbitt and Teal Collins after the show when I was in town last month and got to see them at their usual Thursday happy hour gig at The Continental Club. I like this band and hope they put out another album of their original music soon. You can buy their debut album The Whiskey Sisters. 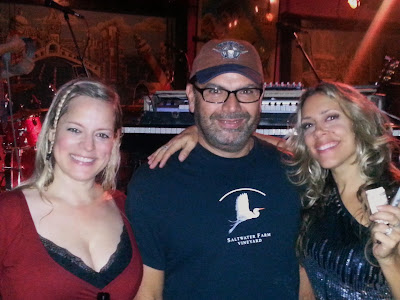 I really like the way they used split and multiple screen video in this one. Hats off to Ray and his production team. The Whiskey Sisters perform "Good Girl Down":