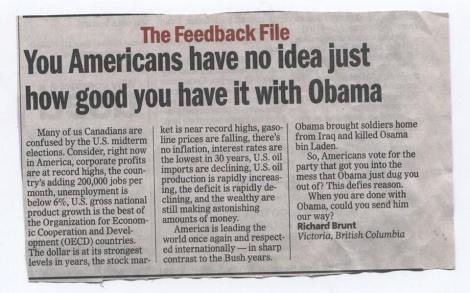 Never underestimate the collective amnesia of the American electorate.

Christ, it's just SO goddamned frustrating! Why don't people open their eyes and see what's going on? Sheesh!

People like to complain...it's sad, but true. There are definitely things that need to be addressed, and I don't want to down play those issues. But not recognizing progress where it exists covers the real issues and only leads to negative outcomes. I am not a 'fangirl' of President Obama, or even the democratic party. But he is absolutely doing his best and we have made real progress. He is 100% better than President Bush was in all areas, no disrespect intended.