LA-2: Campaign Update / What it Means 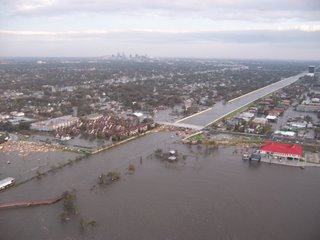 In about 48 hours, the polls will close and we'll start getting results in the run-off between Karen Carter and Congressman William Jefferson in Louisiana's 2nd Congressional District. This hasn't been the same kind of "crazy train" campaign Stoller wrote about when he visited Connecticut for Ned Lamont's race.

There have been no Ralph Nader sightings, no bagpipers leading a would-be representative down the street to the debate entrance ... hell, there hasn't even been a single post-primary debate yet. It's everything most people expect of a campaign, yet everything I've forgotten after being spoiled rotten with my front row seat in CT. The candidate spends a lot of time fundraising, "rallies" are gatherings of a few dozen supporters, internet access goes down frequently at campaign headquarters, and some of the well-respected "senior-ish" staffers are still in college. Not that there's anything wrong with the last point, it's just something I had forgotten all about.

If Carter wins, a large amount of credit will, and should, go to EMILY's List.  They've taken a bit of heat for their win-loss record in the 2006 cycle (and 2004), but their footprint in LA-2 is undeniable. The Times Picayune discussed their direct financial involvement in the race, but their role in the effort is a piece worthy of further examination after the election.

Tomorrow actually does promise to be a pretty exciting day for the campaign.  There is a pre-election "rally" / tour scheduled in the hours before the first debate, rescheduled from tonight to tomorrow evening. If Karen wins on Saturday, it will have everything to do with corruption. I know that isn't the most important factor in most people's lives down here, but it's the coverage dominating the traditional media and campaign commercials.

If Jefferson wins, it will be because he was able to successfully divide the electorate regionally (East Bank vs. West Bank) against Carter while slamming her on the same "social issues" Republicans have gone after Democrats on successfully in the past. The polling I have seen in the race doesn't even show it that close. Carter should walk ... But there are last minute efforts by the Jefferson campaign to bus in voters from outside the state and in a low-turnout election, any effort of the kind could tip the balance and make the existing polling meaningless. But hell, if you can't beat a guy almost everyone knows was found with $90k in a freezer, I am not sure how who you can beat.

Otherwise, that's it, really. That's one of the reasons I've spent more time talking about post-k recovery and what I have seen on-the-ground than the actual campaign itself -- even though the two are intimately tied together.