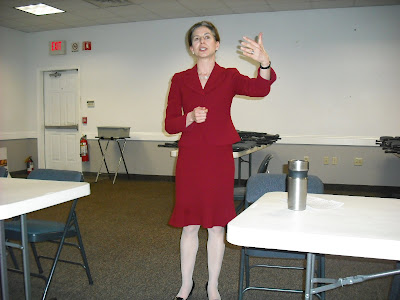 Today, former Connecticut Secretary of the State Susan Bysiewicz filed her paperwork with the Federal Election Commission and the Secretary of the Senate to run for the U.S. Senate seat currently held by Senator Joe Lieberman.

“I am running for the U.S. Senate for the same reason I first entered public service: because I want this state to be a better place for my children and yours,” Susan Bysiewicz said. “As I travel across this state listening to the people of Connecticut, I hear over and over that too many of our children have to leave our state because there aren't enough opportunities here for them."

"We need a Senator who is 100% focused on helping our state, and Senator Joe Lieberman has been focused on everything but Connecticut. I will only work for the people of Connecticut so we can create jobs that keep our children and grandchildren here in Connecticut for generations to come.”

Susan served as Connecticut Secretary of the State from 1999 until 2011 after serving in the Connecticut House of Representatives since 1992. She has won four statewide elections and was the highest statewide vote getter in Connecticut in 2006. Susan Bysiewicz currently resides in Middletown, CT with her husband, David Donaldson, and their three children - Ava, Leyna and Tristan.

Bysiewicz ran for Governor in early 2010 then switched to Attorney General, only to be found ineligible when it turned out that one of the requirements to hold the office is having worked a minimum of 10 years as an attorney. Subsequently George Jepsen won the election.

Joe Lieberman hasn't declared if he will run for reelection, nor has any other Democratic candidate announced their intention to run for the office. Several prominent Democrats have made statements indicating a possible run.
Posted by CT Bob at 1/18/2011 09:54:00 AM

Hoping she pushes JOE out of the race. Let's go SUSAN!