No clear winners yet

The March 22nd contests were predictable, in that nobody expected anyone to sweep.

Trump won all 58 delegates in the Arizona winner-take-all contest, and Cruz captured all 40 delegates in Utah because Trump and Kasich didn't break the minimum percentage to carve out a portion of the pie.

On the Democratic side, Clinton won in Arizona, but the proportional split is something like 44-30 delegates with Sanders. Bernie won big in Idaho and Utah, with a current delegate count in those states 41-11 over Hillary. 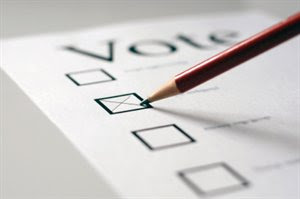 I'm not counting the super delegates in any of my results, because none of them vote until the convention. They can pledge their votes to either candidate ahead of time, but they won't legally have to cast their vote for until late July. And depending how the remaining primaries go, we may conceivably see a change of heart if Sanders manages to snag significant votes.

Of course, I absolutely fucking HATE the idea of super delegates! It's an insult to democracy that a privileged few have the power to overturn the will of the electorate. Party insiders may have the opportunity to throw aside the vast majority of party voters if they choose.

Why in hell does the party that is NAMED after the idea of "democracy" decide to pointedly ignore the will of their members and reserve roughly 20% of the delegates for individuals that are well-entrenched in the party machine?

Who do we think we are? REPUBLICANS?!?

Ah, no, that's not fair. Republicans run their primaries FAR more fairly than Democrats. They actually subscribe to the idea that "one person, one vote" actually MATTERS to a democracy. So, yeah, I was out of line with that insult.

We should actually try to be MORE like Republicans.

At least in that respect.

Oh, and here's something that happened while people were trying to vote in Arizona. Just in case you think this was a foregone conclusion. From Bernie Sanders:

What happened yesterday in Arizona should be considered a national disgrace. I got an email last night from a woman who waited five hours to vote in Arizona. Five hours.

We don't know how many thousands of people didn't get to cast their ballots yesterday in Arizona because they couldn't afford to wait that long. Scenes on cable news last night showed hundreds of people in line at 11:30pm in Phoenix – more than four hours after polls closed. Voting should not be this difficult.

These cuts meant that, in a county with more than 4 million residents, there were just 60 polling places. This is unacceptable, but it's also not an isolated incident.

We need to make it easier to vote, not more difficult. One way we can do that is by reaffirming our support for the Voting Rights Act, which, when I am president, I will fight to reinstate.