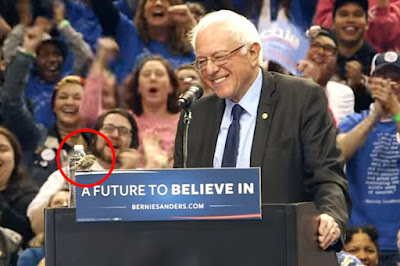 Nobody called it that.

Some people call it "Western Saturday", but sans California and Oregon, it really isn't accurate either.

Maybe we can call it "Pacific Rim" Saturday, but that may lead to off-color jokes about a certain type of job.

I'm taking the high road here. Nothing but serious news!

In a decidedly non-superish Saturday set of contests, Bernie Sanders did a good job by sweeping Hillary Clinton in three events.

But sadly, in all states the Democrats award their delegates proportionally, meaning Clinton will continue to outpace Sanders even if he continues to win all the remaining contests. There's something to be said for the winner-take-all concept that the Republicans use for some of their primaries.

Then again, with nearly 20% of the votes held by super delegates who tend to be party insiders, Clinton had a big advantage before the primaries even started.

It's going to take a huge shift in populist thinking among Democrats to give Sanders a shot at being nominated. I can't guess if that can happen before Clinton wins enough delegates to make it a shoo-in at the convention.