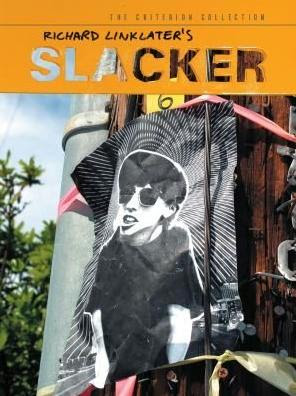 This is the second installment of our all free indie-flick club!

This week we feature "Slacker", the milestone 1991 Richard Linklater indie hit that spawned a revolution in non-Hollywood filmmaking, and launched the then-21 year old Kevin Smith on his way to making the neo-classic film "Clerks" (1994).

It's hard to believe that this film was released 20 years ago.

While George Bush was president.

To put it in perspective, when this film was released, Clarence Thomas was still just a pervy insignificant little circuit court judge in D.C. who spent his spare time indulging in casual sexual harassment of attorney Anita Hill...

There is a slight catch, but nothing serious. The movie is intended for mature audiences. Oh, excuse me, it's "matoor" audiences, like the voice-over guy says. I just know he says it like "machure" when he's hanging out with his buddies having a few beers, but for fancy-schmancy Hulu.com, it's gotta be all like "matoor".

Anyway, you need to sign up for a free Hulu membership to view the film, as there is some naughty content and we can't let our youths see/hear anything naughty as it may sear their little minds and warp them for life.

So you have to fill in your email address and create a password, and place your right hand on a bible and swear that you're not under 17. God knows, there's no children out there who are smart enough to get around THAT little roadblock!

Click on my name for another suggestion, it's the reason I still shoot with a Canonet sometimes...

Good flick, saw it about a year ago. You have to be in the mood for John Waters, though.