When you carry signs like this at Tea Parties: 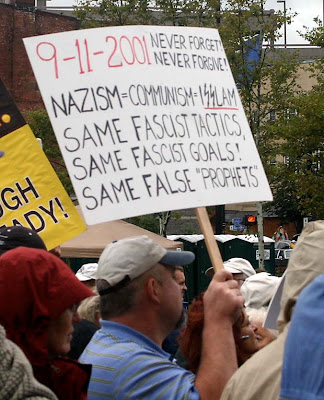 Odd, I didn't see you or any liberals at all for that matter, in Litchfield as the liberals sitting on the Historic District Commission there attacked the Jews.

A bozo with a Chris Murphy bumper sticker on his douchbagmoble Prius (a rare vehicle with no CT content at all) said;
"I'm Jewish.....but these people...they're *those* Jews, not like us at all........"

Where were the liberals for that?

Hatred? Read your own stuff.

Lieberman votes 87% liberal, yet when he doesn't line up 100% he's treated like the devil himself by liberals.

Great point ACR, when leftists attack with people with weapons, smash windows people like CT Bob just shrug it off...silly little anarchists, they don't mean no harm. Besides they're misguided yutes and don't represent the democrat party. Oh..OK **eye-roll**
Only in their world.