You can always count on the GOP to do this

"This" meaning the GOP feigning outrage at a Democrat for doing the exact same Senate procedural move that they themselves have exploited before.

Even the guy who yelled the loudest, John McCain, apparently is suffering from dementia because he can't even recall doing the exact same thing himself just several years ago. It's so frickin' outrageous, he says...but only when someone else does it.

Good stuff, but it does beg the question:

What ever happened to that missing minute of C-SPAN footage from that fateful day?

Well, word has it that C-SPAN hired a former White House secretary to do the video archiving for them.

You may have heard of her. 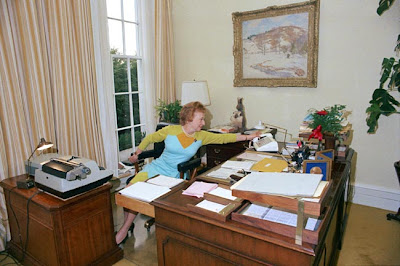 We know how these gaps occur, and they're usually perfectly understandable mistakes.

The only thing that could make Ms. Woods's pose less comfortable-looking would be if she were simultaneously juggling three running chainsaws.