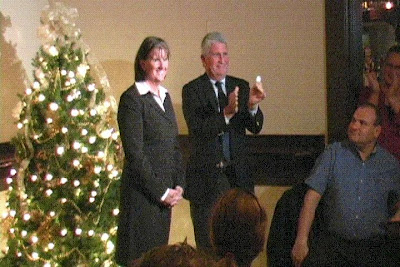 Mrs. Rogers (above, introduced by Wally Houk) spoke for about three minutes, then worked the room to speak to individuals and small groups. She said she was running because "what an ever-expanding government will end up with is ever-contracting personal liberties."

I asked her if she had spoken to State GOP Chairman Chris Healy, and she said while she heard that he wished for her to speak with him, she hasn't yet. When asked about Jerry Labriola, the Wallingford Republican who just announced he was also entering the 3rd District race, she responded that the race is open at this point, and if it looks like there will be a contested convention, she'll decide then how to proceed.

It also turns out that Peggy was in the same high school class as CT Joyce; she told me her maiden name, and just for fun I scanned her photo from my wife's yearbook: 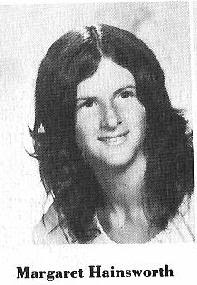