It's great to be holding down the fort here while CTBob is with Ned today, shooting video to post later this afternoon. Bob reports that Ned's supporters turned out big, with an estimated 200 people in and around the parade for Ned. Lieberman marched separately, and there are about 50 people in Lieberman attire, but "very vocal" as if to create noise to hide the low turnout. Certainly fewer than the other time he marched, in 2000, needing a nice hometown backdrop for pictures -- despite being invited at least nine times to particiate in this annual event.

And the best sign of the day award so far goes to the man dressed in the GWB mask, holding a sign that reads, "Ann Coulter, Sean Hannity and I love Lieberman" 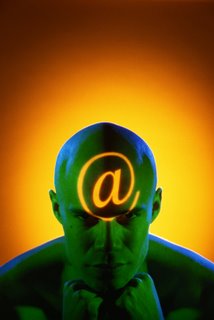 We all got e-mails and press releases from the Lieberman campaign announcing the launch of his new Web site tomorrow, Tuesday. They will have a blog so the people of CT "can actively participate in the campaign debate and make your voice heard. So starting Tuesday, we invite you to log-in at www.Joe2006.com and sound off any time you want."

On behalf of CTBob blog, and many of the other CT Bloggers, we welcome the Lieberman campaign to the blog world. We think that there should be a free-flowing exchange of ideas so voters can judge for themselves.

But let's get one thing straight. Lieberman's site was never hacked. It fell under its own weight on primary day and was overwhelmed with traffic it couldn't handle. There was no hacking. There were no dirty tricks. There was no action from outside forces. Bob and I are way too busy to waste our time messing with somebody else's site as we keep up our own, and I would bet that the rest of the CT Bloggers would say the same. So, if they get comments they don't like, or the site crashes again, or there are any technical mishaps, don't go looking at us.
Posted by Kirby at 9/04/2006 11:20:00 AM

Well, from what I understand the lieberman site *could* have been hacked, and the people who hosted their site claimed it was. However, no evidence was presented at the time and certainly nothing to implicate "Lamont supporters". But no definite evidence supporting the theory that it just went under from overload has been presented either so I think it might be a little premature to say "there was no hacking". All we know is that it went down, if the Lieberman people want to call it a hacking, they should provide the evidence.