Malkin is shocked that terrorists held without due process! 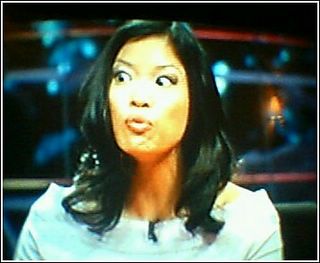 In what may be the greatest display of unintentional irony that the blogosphere has ever witnessed, shrill right-wing conservative harpie pundit Michelle Malkin discusses the inexcusable actions of the government's policy on terrorists.

Of course, it's not George Bush's government that she's talking about. She is outraged "because three convicted Christian terrorists in Indonesia are going to be executed despite -- in Michelle's words -- "grave doubts raised over the fairness of the trial.""

Hmmm....who would be capable of doing something like THAT?

Via DailyKOS, From this post by Glenn Greenwald on his blog:

According to the article to which Michelle linked, the complaint is that the Terrorists "were convicted by a trial riddled with illegalities, like witnesses who were not listened to and evidence that was rejected by the court." Wow -- a trial where the witnesses are not listened to and improper evidence was used. What kind of country would convict someone of terrorism using procedures like that? And what kind of disgusting barbarians would be opposed to having "the International Criminal Court in Geneva," pursuant to an international "human rights convention," demand greater legal protections for terrorists?

Christ, I'm laughing so hard right now I think I may have ruptured my spleen!

found your blog from the Nancy post that made its way to me here in new orleans.
i HAD to read the post with Malkin's expression.
thats a real keeper.
gotta add it to my stumble spot
911review.stumbleupon.com

anyway, this may be of intererst...

The Global Police State Agenda has been enacted using 9/11 as an excuse. Three years after 9/11, the Globalist Totalitarian Agenda is shredding what's left of the Common Law, all the way back to the Magna Carta.