National news services have finally begun responding to the widespread reports of possible electronic voting fraud that occurred in Georgia when two local Diebold employees complained that they were instructed to add a "patch" to the electronic voting systems in a "last-minute" and "secretive" manner the night before the 2002 elections. 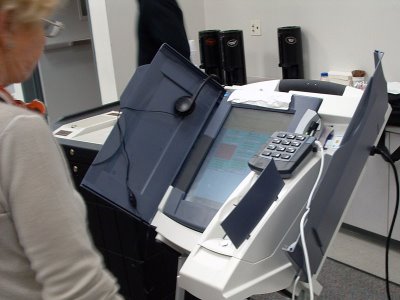 From an article in Political Affairs Magazine:

Hood's claims corroborate a second whistleblower who spoke with Black Box Voting and Wired News in 2003.

"With the primaries looming, [Chief of Diebold's Election Division] Urosevich was personally distributing a 'patch,' a little piece of software designed to correct glitches in the computer program," Rolling Stone Magazine reported.

"We were told that it was intended to fix the clock in the system, which it didn't do," Hood told Rolling Stone. "The curious thing is the very swift, covert way this was done."

"It was an unauthorized patch, and they were trying to keep it secret from the state," Hood told Rolling Stone.

"We were told not to talk to county personnel about it. I received instructions directly from Urosevich. It was very unusual that a president of the company would give an order like that and be involved at that level," Hood told Rolling Stone.

The "patch" was applied to about 5,000 polling places in Fulton and DeKalb Counties in 2002, Rolling Stone reported.

And another report in the Detroit Free Press disputes the validity of the "paper trail" in voting machine audits.

Keep in mind that both of these stories address the faults of the Accuvote TSX (Touch Screen) voting machine, which only provides a printed receipt of your vote; not the Accuvote OS (Optical Scanner) which is a tabulator that reads and records the paper ballot that the voter fills out manually and THEN inserts it into the machine to be counted.

The paper ballot works as a paper backup, and in fact it IS the vote. The machine simply counts and tabulates the votes.

But there are also major concerns about the hackability of the Optical Scanners; I've reported on this in this article; and links to other previous articles are listed within.

Connecticut will use the Accuvote OS in 25 municipalities this November, and the rest of the state will be equipped with them by mid next year. Secretary of State Susan Bysiewicz has ordered random audits of the results of this November's elections.

And just so we know where the Diebold company really stands in it's supposed unbiased position, I'd like to remind you of a quote from CNN/Money:

The company came under fire last year for a letter that Diebold CEO Walden O'Dell wrote as a fundraising pitch to Republicans.

In the letter, O'Dell said he was "committed to helping Ohio deliver its electoral votes to the president." Diebold is based in North Canton, Ohio.

Ohio, of course, turned out to be the crucial swing state for George W. Bush in the 2004 election, and a combination of disenfranchisement and voter fraud led to Bush gaining enough votes to retain his criminal hold on the White House.

lieberman endorsed kerry in the 2004 election

Keep in mind that he endorsed Kerry only after failing miserably himself in the primaries.

And less than a month after Bush was sworn in for his 2nd term, that photo was taken.

So yeah, we know who loves G.W. Bush.

well, did you expect lieberman not to endorse lieberman during his own race?

Only if he was honest about supporting the better candidate! LOL!