How are you supposed to trash a guy when he's saying such nice things about you? 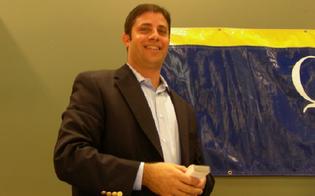 From Paul Bass in the New Haven Independent:

Gerstein said the Lamont crew "did a brilliant job of using technology to build a support base and organize a campaign" in the primary. The campaign benefited from its own and a nationwide crop of independent blogs, from e-mail fund-raising and volunteer-drafting efforts, as well as from a general Internet buzz that catapulted a political unknown into a contender against an internationally recognized three-term incumbent.

"Ten years from now it will probably be looked at as a model for how campaigns will be run," Gerstein predicted. Soon, he said, voters will receive get-out-to-the-polls text messages on their cell phones on election day.

I was getting all set to be riled up, ready to respond to the inevitable slagging that Dan was gonna give us, and here he goes saying something like that.

What's a blogger with a bad attitude to do?

OK Dan, you get a pass today.

Don't get used to it. I'm sure you'll say something really stupid, I'll get pissed off and slam you for it, and balance will be restored to the universe.

No Free Passes For Liar Dan
He didn't apologize for accusing the Lamont campaign of hacking LIEberman's web site, did he? He promised he would at the Joe2000 blog, if it were true. I sent him duplicate proof of Sean Smith doing exactly that, including video. He still hasn't apologized, hence, he's still professional scum.

I demand a retraction!!

I was being ironic.

I love dangerstein.. He makes it so much fun to go out and work for Lamont.
UptownNYChick.

i was looking at the nedlamont.com blog and some people angrily responded to his comments. weird.

Well, his words MAY have sounded a tad "condescending" to some...

He's on Neurotin - things are getting too much for him.

Sorry, Bob. But that post suffered from irony poor bood. Or maybe I've become a little too hardened for finesse.

Not a problem, imajoebob; I probably could have gone farther over the top and joked that Dan is quite alright in my book, and a fine fellow at that.

I prefer to not be that obvious, though.

Well, I've suffered some serious damage to my irony meter over the past ~6 years, so I'm glad you spelled it out. Dan's just trying to ensure that after Joe goes down in flames, he'll still have a shot at working with future campaigners.