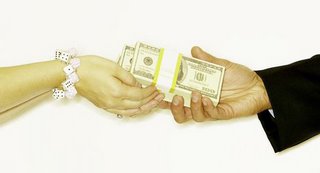 While we wait for CTBob's video of Ned from this afternoon, here's an update on how Lieberman is hurting our Dem challengers for Congress in this front page article by Jeff Kurz from Sunday's Meriden Record-Journal

...Democrat Diane Farrell hopes to unseat U.S. Rep. Christopher Shays in the 4th District; Christopher S. Murphy challenges Rep. Nancy L. Johnson in the 5th; Joseph Courtney seeks to unseat Rep. Robert Simmons in the 2nd. These races are all opportunities as Democrats try to win a majority in at least one side of Congress in the mid-term elections. Democrats must gain 15 seats in the House on Nov. 7 to win control. Had Lieberman bowed out after his primary defeat, Lamont likely would have cruised to a win in the general election; Republican Alan Schlesinger has failed to gain the support of even his own party. Then Democrats could have focused resources on the congressional challenges and New Haven Mayor John De Stefano’s bid to unseat Gov. M Jodi Rell. As it is, those races continue to share just a sliver of the media spotlight.

In the best of all possible cases — and this is where Joe Lieberman is hurting Democrats — if Joe had done the right thing and bowed out, Ned would be alone and Democrats could focus on the congressional races,” said George Jepsen, Lamont’s campaign chairman and former state party chairman. “So Joe’s running as an independent is an opportunity lost,” he said. “We’re not getting that opportunity. A lot of the money, time and effort that will go to the senate race would go to the congressionals."

Which all explains why Joe's new party is Connecticut for Lieberman (I'm sure Lieberman for Connecticut never crossed his mind) -- it's all about him and what he can get and how he can hold on to power. Now have you had enough? Vote for Ned Lamont, and give as generously as you can to our other Democratic challengers.
Posted by Kirby at 9/25/2006 06:06:00 PM

Can you imagine how much good can be done if only Lieberman would think of doing the right thing and dropping out?

Well, for one thing, I'd have a lot more spare time.

Joe has a pathological need to be in the Senate. Nothing else matters to him.

i think the republican party would support schelisinger.

You bring up an interesting point, CTBob. As much as Lieberman is always about Lieberman the Shays/Farrell race has had resources drained away from it - leaving another Bush defender in a safe position.

I hope they all lose. It will be good punishment for the Democrats since they brought this upon themselves. Instead of trying to win a majority in congress, they go after one of their own. It reminds me of a starving pack of wolves who turn on each other in desperation. In the end the left wing bloggers will come to the realization that all their work created all this defeat. The lunacy of the far left never ceases to amaze me.