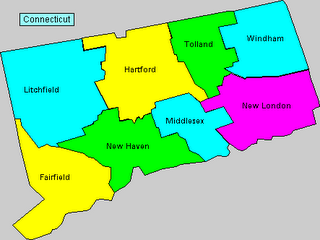 The morphing of Lieberman to Republican becoming more evident with each passing day...from the NY Times

It’s a little awkward for me now,” Mr. Lieberman said on Friday, speaking to reporters in New Haven. “I’m a noncombatant — I am not going to be involved in other campaigns. I think it’s better if I just focus on my own race.”

[On Saturday, a Lieberman campaign aide called to offer a clarification for this article. The aide, Dan Gerstein, said that the senator had endorsed all the Democratic candidates for the House and still hoped they would win.

[Mr. Gerstein said, however, that in light of their endorsement of Mr. Lamont, the senator did not expect the Democrats to ask him to campaign with them this fall.]

Mr. Lieberman has shown that he is more than willing to speak to Republican and Democratic constituencies, and to retain advisers who can help him reach both. He recently hired, for instance, the same polling firm as Representative Simmons, the Republican whom Mr. Courtney is challenging in the Second Congressional District.

On Thursday, Mr. Simmons and Mr. Lieberman stood side by side at an event commemorating the anniversary of saving the Naval Submarine Base at Groton, which the Pentagon had recommended closing.

There, Mr. Simmons spoke of the importance of “Team Connecticut,” a term Mr. Lieberman often uses in suggesting that bipartisanship can bring more money to the state

Note how Gerstein tries to change what Lieberman said, as usual. And this from WABC television in NYC

"As I see it, in this campaign we just finished the first half and the Lamont team is ahead. But, in the second half, our team, Team Connecticut, is going to surge forward to victory in November," Lieberman said.

And look for Jodi Rell to be rolling out her membership in Team Connecticut in the coming weeks. What was a term used for all of CT's elected office holders to come together to save the Sub Base has now be co-opted for the cynical incumbent protection racket. Why am I not surprised?
Posted by Kirby at 9/03/2006 11:09:00 AM

First, it's a lame way to try and get some recognition. Secondly, who are the players on the team? Can we get individual names and positions on this team? Will they be making up jerseys with numbers on them?

The fact is, Joe will "team up" with anyone he thinks can help him keep his Senate seat. We've all seen his loving embrace of Chris Shays (not to mention the Bush lip-lock!)...he'll hook up with anyone, regardless of their politics, if it'll help him win.

It would be kind of pathetic if it wasn't so damned infuriating.

ur somewhat wrong in this blog, bob. this wasnt a campaign event; it was just to mark the anniversary of saving the base. lieberman and simmons both worked to save the base, so they were both there. i read an interesting article saying that many blogs had thought this was a campaign, but it was just the elected officials celebrating the saving of the base.

I thought the Huskies were Connecticut's team....Jim and Geno are going to be pissed if someone else tried to cut into their territory.
Anonymous, did you read the actual stories of the event and not just the piece that talked about the bloggers reactions? Joe had his campaign staff out there in full force and people there said he was shaking hands and it felt like a campaign stop. Politicians carve out the month of August in election years to campaign.
So, just exactlly how is it NOT a campaign event?
Uptownnychick

anon, please read the byline at the bottom of the article before posting a comment; this was Kirby's, not mine. She's posting about half the articles here now.

But since you mentioned it, please re-read the part where Kirby mentions the event. She posted, "On Thursday, Mr. Simmons and Mr. Lieberman stood side by side at an event commemorating the anniversary of saving the Naval Submarine Base at Groton, which the Pentagon had recommended closing." This says nothing about this being a political event.

The following statement, however, brings it all together in that Simmons himself used the Lieberman-coined term "Team Connecticut": "There, Mr. Simmons spoke of the importance of “Team Connecticut,” a term Mr. Lieberman often uses in suggesting that bipartisanship can bring more money to the state"

This shows that while the event itself may have been to commemorate saving the base, Simmons turned it into a political statement by metaphorically identifying with Lieberman's "Team". Otherwise, why would he even mention it? He could have just as easily said, "we all worked together to save the base." and left it at that.

The wording of the statement leaves little doubt as to the intent.

Team Connecticut is a marketing term for economic development activities in the state. I have a TC winter scarf and hat. This group, the REAL Team Connecticut, gave the Subase folks an award last year... "BRAC Response Team" or something like that it was called. .... I gotta go find that scarf, the kiss float is getting cold.