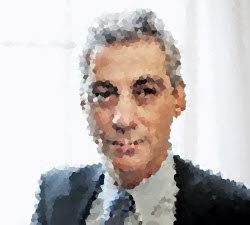 If you're not following @MayorEmanuel on Twitter yet, you don't know what you're missing!

The famously foul-mouthed former White House Chief of Staff and present candidate for Mayor of Chicago Rahm Emanuel has finally commented on his even fouler-mouthed alter ego who resides on Twitter, a digital doppelganger known as "Mayor Emanuel".

Emanuel acknowledged the fake Emanuel's popularity and admitted to being amused by the often graphic posts.

"Are you kidding? This guy or gal, whoever writes, has garnered a huge following and a lot of people say, 'I just read your tweet,' and I go 'what?'"

The person, who goes by the handle MayorEmanuel, has accumulated over 24,000 followers and capitalizes on the Chicago mayoral candidate's notoriously foul tongue and hot temper.

The person behind the mysterious tweets uses foul language in nearly every post he or she makes but keeps the posts relative to the candidate's day-to-day schedule.

If you click on the link to WLS radio above, there's a link to the interview. Click ahead to about 14:15 in the interview for the pertinent segment. Actually the entire interview is worth a listen if you want to get some insight on how this guy thinks.

But if I was the guy who created "MayorEmanual" (along with such notable characters as "Quaxelrod") and I lived anywhere within an eight-hour drive of Chicago...well, I'd probably think twice about fessing up!
Posted by CT Bob at 2/16/2011 09:21:00 AM