More on the Egypt situation 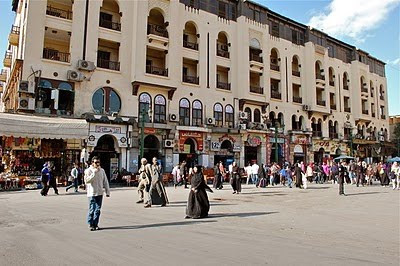 Vagabondblogger (photo credit above) wrote another insightful comment on the blog that I think deserves it's own post. It sheds some light on something I've often suspected, that our State Department maybe isn't really all that helpful.

Plus, I'm still fuzzy-headed from the massive amounts of cold medicine that I've been taking, so it saves me the effort of having to actually think of something intelligent to write (not that that's ever stopped me before!)

Let me add some information regarding those TV scenes of American State Department cars running down people. On January 31 I heard about an hours worth of shooting coming from south of my neighborhood. When I went outside our boab stated it was coming from Toubra prison. As we have all heard the Mubarak regime released prisoners from several prisons in the Cairo and Alexandria vicinities. While I was outside I bumped into an Egyptian neighbor, who was toting a supply of litre Pepsis home. We were watching as people were packing up vans and leaving. He stated that those were American Embassy vans, and I should be careful. 15 American Embassy vans had been stolen the week before from the area around Tahrir Square (the embassy is not far from there.) He said thugs had taken them, were carrying guns, could be very dangerous and that I should not approach any of the vehicles, as they might shoot or kill me.

After living overseas since 1997, I can't possibly express how disgusted I am in the State Department. They are totally worthless, and should just change their name to The Chamber of Commerce. I'll just leave it there. I'd almost go so far as recommend we cut their budget. I really can't find anything useful that they do, except add extra pages to my passport.
Posted by CT Bob at 2/05/2011 10:48:00 AM

I just received a most extraordinary post from an old friend who lives outside Alexandria. His message in short stated:

I tried to find a citation for this; but I think he came up with it himself. This is a truly remarkable statement, worthy of Jefferson or Adams.

Sounds nice, but Jefferson and Adams would not have said it because they knew the sword almost always wins.

Having only the truth on your side will often get you put up against a wall, disappeared, or sent to prison. Revolutions are not usually won by poets.

Those who hammer their guns into plows will plow for those who do not.-Tom Jefferson

I spend far too much time arguing with the idiots who have the balls to name themselves; there's no time left for the idiotic eunichs.

"You despise me, don't you Rick?" --
"Well, if I gave any thought to you I probably would"

11:00 am EDT: It has been announced that Mubarak has resigned.