What else could he say? 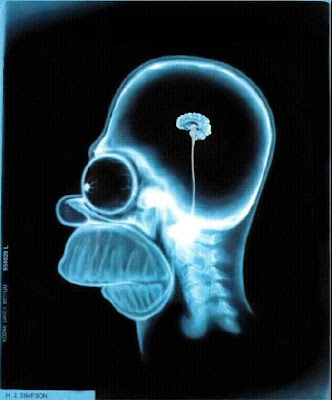 I mean, if I were the victim of a successful brainwashing, I'd also absolutely believe that I hadn't been brainwashed! Nobody goes around saying, "Golly, I know I've been brainwashed, but I'll still do anything they tell me to do!" No, not likely.

The typical brainwashee only functions if they don't know that their tiny little brain has been washed, rinsed, folded, and put in a drawer.

WASHINGTON – One of the U.S. senators allegedly targeted by an Army unit using psychological operations to help get more money and troops for the Afghanistan war says he doesn't believe he's been "brainwashed."

Independent Sen. Joe Lieberman of Connecticut tells CNN's "State of the Union" that he was supporting money and troop levels in Afghanistan long before the Army unit is reported to have begun its operations.

Rolling Stone's website reported last week that the Army unit was told to manipulate senators and other visiting officials. The story has led the top U.S. commander in Afghanistan to order an investigation.

Lieberman says he doesn't think there's much to the story and calls it "weird."

Not much to the story and weird, eh? Well, call me "shocked and awed!"

Me thinks the full-time Israeli citizen and part-time U.S. Senator is lying through his false teeth...well I suppose he's quite rich enough to have Implants instead.

But that's beside the point. I think the greater issue here is that PSYOPS is a weapon being used against ALL of us. M.I.S.O. is a large multi-billion/yr arm of the military that serves just as important a function as guns and bombs. Here's their mission:

1.) Softening up the enemy by causing them to think we are unstoppable and that resistance would be futile.

2.) Psyching up our forces and causing them to think that the enemy is cruel and heartless, and that is "the right thing" to beat them.

3.) Convincing our civilian population that the "war" is necessary and proper and deserving of our "support." Remember when all those yellow ribbon car magnets suddenly appeared?

And Ct_Bob makes a very very important point here- it's a very fragile thing. Once the target knows what's up, it stops working...

Lieberman wasn't too keen on the Egyptian revolution (in keeping with his brothers over the border - Israel), so now he's touring Tahrir Square and providing lip service to the revolutionaries (he wraps an Egyptian flag around himself!): http://english.ahram.org.eg/NewsContent/1/64/6549/Egypt/Politics-/US-senators-tour-Tahrir-Square,-Egypt.aspx

The man has no shame, but I'm sure PSYOPs has brainwashed him to think otherwise.

VBB - You are making the utterly debatable assumption that Joe the Bummer has a brain...or for that matter, a conscience.

One cannot wash that which one does not have at hand.

Sorry to hog your comments thread with another post, but do we all remember this little fiasco from another professional liar? It just gets even funnier with time:

Also, I've probably dropped this link here before, but it's highly relevant to this issue. Once you spend the hour that this riveting documentary runs, I guarantee you will feel at least a tiny bit of shame when you realize you've been getting punk'd all your life. Here's a 5-minute condensation:

And while we're n the subject...

West Haven Bob: You're right. I don't know what I was thinking! Really - I agree with you in that he has no conscience. Brain - still a matter of debate - possibly a PSYOPs implant?