A lot can change in eighteen years

UptownNY Chick found this NY Times article from the 1988 Lieberman-Weicker Senate battle, and it contain some interesting observations and statements by Senator Lieberman. 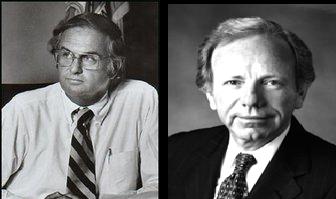 Attorney General Joseph I. Lieberman, running a clear second in his campaign for the United States Senate, took the offensive today in his first debate with Senator Lowell P. Weicker Jr., characterizing the three-term incumbent as a political misfit masquerading as a maverick.

Mr. Lieberman, who dismissed the assaults on his voting record as misrepresentations, attacked the Senator's record and criticized the liberal Republican's reputation as a political maverick.

''For 18 years, my opponent has gotten away with saying he's a maverick,'' the Attorney General said. ''Well, it's about time the people really understood what a maverick is. It means you're not ultimately accountable to anybody.

Yes, we know exactly how you feel. Hmmm...Joe mentions 18 years; you can almost cut the irony with a knife.

''You don't even have to make commitments, even to the voters you represent. You just do whatever suits you personally whenever you want to do it. I look at his record and see a pattern of incredible inconsistency.''

I can see how not making commitments to the voters, or doing whatever suits you personally can lead to a pattern of inconsistency. Believe me Senator, we're all very aware of that now.

He added that Mr. Weicker had voted against interests he professed to support, particularly on environmental issues.

Mr. Lieberman, of New Haven, who is known as a liberal Democrat and consumer advocate, also attacked Mr. Weicker, who lives in Greenwich, for misrepresenting the support Mr. Lieberman has received from William F. Buckley Jr., the conservative columnist, and his family. ''Bill Buckley endorsed me not because he loves me,'' Mr. Lieberman said, ''but because he and tens and thousands of other Connecticut Republicans can't stand Lowell Weicker's grandstanding.''

The sole wide difference was on school prayer. Mr. Weicker said he was opposed to time being set aside for prayer. Mr. Lieberman said he supported a moment of silent meditation, but not a moment of organized prayer.

Hey, I hadn't seen this before, but Slate writes about a few of your brilliant videos!

On second thought, maybe he is who he has always been and at the time he was saying whatever it took to get elected. Same as now. The words never really meant anything...

mikect - yeah, that day we got a huge spike in hits, I think around 4,000. I finally got smart and started putting my blog URL on any photos that I released.

amy - I'm willing to believe that Lieberman actually was a liberal at one point, but in any case it doesn't matter; he's an angry conservative now. We've already got too many of them in the Senate.

hey i know weicker! he lost in the primary as a republican and ran in the general election as an independent. now he works for ned lamont. if weicker could do it, why not joe?

anonymous, Weicker didn't lose in the primary; he lost the Senate race in 1988 to Lieberman, then ran and won the Governor's race as an Independent in 1990.

The big difference is that he didn't run in one party in a primary, and then lose and selfishly ignore the results to run in the general election as an independent.