Where IS Joe Lieberman? 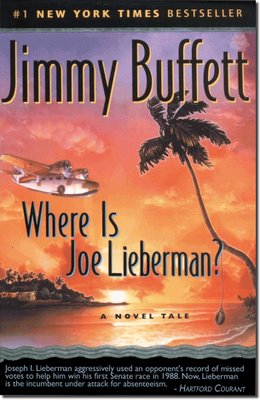 Jimmy, I only wish I knew.

I can tell you where Joe Lieberman AIN'T most of the time.

He AIN'T in the Senate during critical votes about the war in Iraq.

OK, well, he IS there occasionally. But since the 2003 invasion of Iraq, he AIN'T been there over HALF THE TIME!

Out of 61 bills related to the conduct of the war, Joe hasn't been able to bring himself into the Senate chambers to cast his VOTE on 31 of them.

Think about that for a minute. Our nation is involved in the single most costly foreign policy situation in our history, and Joe can't even make it into work half the time!

Well, Joe doesn't vote often, but YOU can vote just one time and make a difference.

'Joe- blurring the lines between right and left'

joes just chillin with his homies, yo