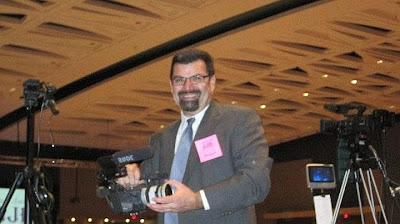 (Photo credit: Sufi)
I shot a goodly amount of video tonight, while at the same time managing to get in a reasonable amount of schmoozing with friends, candidates, and legislators. And I still had time to chow down some dinner, including my favorite dessert, the chocolate mousse. Screw the diet.

The biggest contest going right now is the governor's race, and I shot videos of Mary Glassman, Dan Malloy, Ned Lamont, and Juan Figueroa. The contest for A.G. and Secretary of State looks to be interesting, too. It's shaping up to be an exciting state convention in just about six weeks.

I'll edit the videos later, probably not before the weekend mid next week because I've got a busy week planned, but for now here's a few photos from the event.

Below: Vicki Kennedy, widow of Sen. Ted Kennedy, spoke about the late senator and his friendship with Sen. Chris Dodd, and how both of them worked tirelessly to see health care reform all the way through. 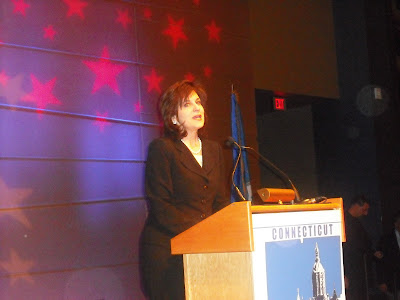 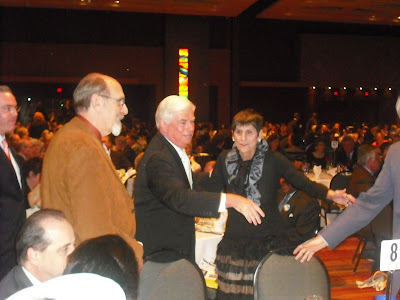 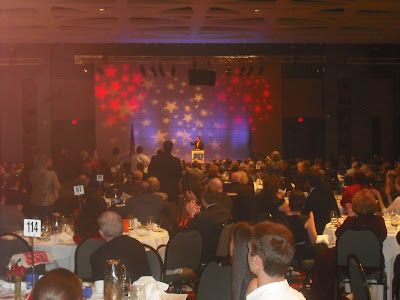 Below: Christine Stuart from CT News Junkie composed her notes in the main ballroom. She said the wifi service was terrible in there, and that she had to go out into the lobby to get a signal. You'd think that a snazzy place like the Connecticut Convention Center would spring for a few quality Cisco wifi access points to provide decent coverage for the room. I've installed plenty of those in similar rooms, and believe me, they're worth the cost. Because they work. 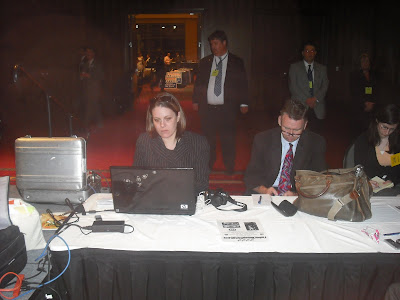 That's it for now. Many thanks to Tessa Marquis and Mike Brown for helping me get candidates for videos, and Sal Liccione for getting me an empty spot at his table, and John Hartwell for helping out with the audio situation for the videos.
Posted by CT Bob at 4/12/2010 11:51:00 PM