On with the show, this is it!

The Democrats are sparing little expense to make sure the convention looks and sounds like a big Las Vegas production. Judging from the "sets" they've built, I wouldn't be surprised to see Cirque du Soleil start leaping and pirouetting across the stage during the keynote address! 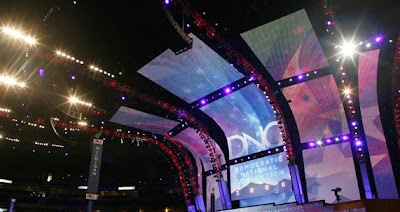 Wow, this is gonna be so cool! I can't wait to see the lasers and fog machines kick in! 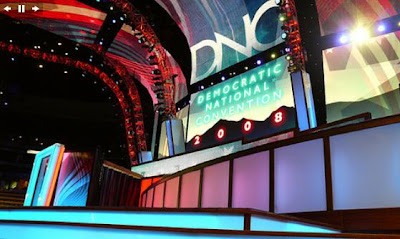 Meanwhile, the Republican National Convention is scheduled to begin a week from now in Minnesota. They apparently don't have the Democrats' huge budget, so their convention will appear considerably less flashy.

Here's how I imagine it will look: 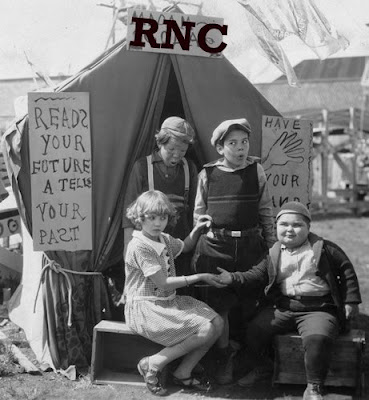 Just a quick comment. I was flipping around watching the different coverage of the DNC convention. CNN is doing a pretty good job, Fox is doing their part to throw spears whenever possible, but what is up with MSNBC? Olberman and Matthews are broadcasting from what looks like blocks away outside in a wind storm. It looks just ridiculous.

Yeah, I noticed that. I watched MSNBC for as long as I could stand it, but Pat Buchanan's ugly visage drove me over to Fox momentarily (it was Sean Hannity that spooked me this time) and finally settled on CNN because they seem to have the most cameras in the convention center.