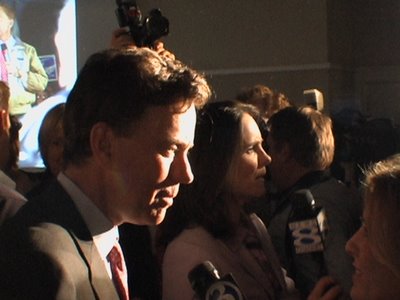 ned lamont was actually classy. but too little, too late.

Yeah, it's kind of tough.

We're happy about the CT Congressional races; we have a good chance to pick up 3 seats, making all 5 congressmen Dems.

If you look at the town-by-town breakdown, Ned really never cracked the Naugatuck Valley or Norwich/Groton area - the defense industry belts. I think that the message missed the working class white male in many ways. Lieberman needed to have Bush and cronyism and failed defense contracts hung around him like a millstone. Just saying "it's the war" was not enough.

Long-term Democrats in CT need to address how to win back white male working class voters. It was done in other states, we should be able to figure out the formula also. Ned did an outstanding job of starting to reinvent the Democratic party in CT. Now it's time to finish the job.