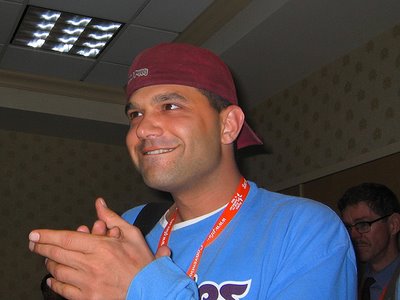 Tim Tagaris, who was largely responsible for the Lamont campaign's inspired presence on the net, is currently down in New Orleans covering the Karen Carter effort to unseat allegedly corrupt (does $90,000 of unmarked bills stuffed in his avocado side-by-side refrigerator/freezer ring any bells?) Democratic Congressman William Jefferson in Louisiana's devastated 2nd District. 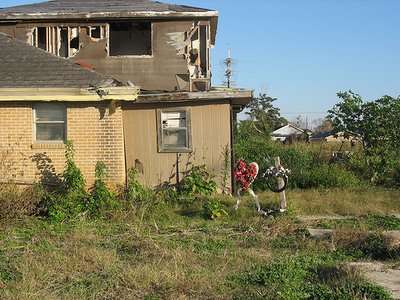 The 2nd was first decimated by Hurricaine Katrina, and then further decimated by the abominably inept and borderline criminal mis-handling of the disaster by FEMA (does Joe Lieberman's 42-minute vetting of Michael Brown ring any bells? In Joe's defense, it WAS getting near lunchtime, and if you don't make it down to the Senate cafeteria before 11:55, you end up in line for a half an hour and by the time you get to the dessert section all the peach cobbler is gone!) and the Department of Homeland Security.

Anyway, Tim was sent down there on behalf of MyDD, and he's been doing some great reporting. I'm going to include a link here that goes directly to all of Tim's articles on LA-2 so you can get up to date on the situation there, and then I'll post periodic updates as we approach the election on December 9th. 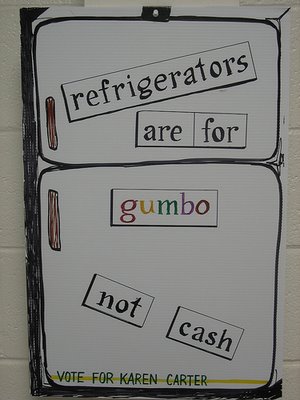 December 9th, by the way, is a Saturday. I think it's a good idea to have elections on a Saturday, rather than a weekday. Here in Connecticut, I think the voter turnout would be better; people either going to work or coming home from work often are in too much of a hurry to be bothered to vote. The "rush hour" of 6-8AM and 5-8PM can often lead to long lines and voters who become "voluntarily disenfranchised" because they're tired and see a big crowd at the polling place and don't want to wait in line for 20 minutes after a long day of work, so they go home.

I'd like to see turnout statistics from states that changed election days held traditionally on Tuesdays to Saturdays. I'd bet the turnouts would be higher on the weekend.
Posted by CT Bob at 11/28/2006 04:55:00 PM

This could tie-in with all the youth activities, soccer, football, etc. and shopping.

20 minute lines to vote are unusual in CT, except for those who get to the polls 15 minutes before the polls open. There has to be one lever machine for every 900 voters in a polling place and voters, by law, are only allowed 2 minutes in a voting machine.

The scanner machines will have one privacy voting station (place to color in the circle) per 250 voters. Don't know if that will speed or slown down the voting time. The IVS system takes 10 minutes or more for one person to vote.

I've heard the IVS system worked horribly. Something like 1/2 hour to vote. It might be handicap-usable, but not very easy to use. They'll have to work on that.

It's just a thought about Saturday voting. I was thinking that on a typical workday, a person might spend 8 hours at work, plus an hour or so roundtrip to commute; what typical activity do you do on a weekend that takes over 8 hours? Anyway, I'd like to see the stats on elections like that.

How about elections on multiple days?

william jefferson... why does that name sound so familiar...