In this David Sirota article, he discusses some of the implications of the Lamont campaign. As good a post mortum as has been written yet.

And yes, it's early...I'm sure we'll see a lot of in-depth articles discussing "The Lamont Factor" and how it will relate to the political landscape of future campaigns. 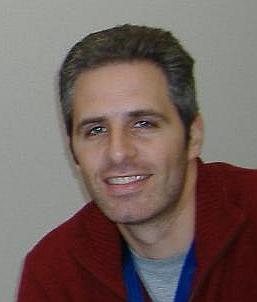 The article is too long to quote here, so click on the link above to read it in it's entirety. David pretty much nails it when it comes to why Ned trounced Lieberman in the primary, but didn't have the strength to overcome the lack of support in the national election. My anger at the National Democratic party is quelled by the fact that ultimately we did win control of both Houses, so I'm holding it in for now.

At least until we see how Joe really represents when the important issues come up.

I'm realy happy about the results of this election, but I have no doubt that we still have a LONG way to go in reforming the Democratic Party. The fact that Lieberman got a standing ovation from his fellow Senators is a good indication of how far away we are from implementing a progressive agenda.

Your Right B.A. I will start my own blog. It is clear that “your friends” can attack others without being deleted but when people defend themselves they are deleted. You’re a hypocrite and I am a Democrat. As a Democrat I believe in free speech as a hypocrite you believe in selective speech that does not hurt Ned or your friends. I want you to run against Jim Amann I do not think you have the guts to do it. If you do then at least you have done something other than sit around and bitch over an election lost by a piss poor candidate who is now trying to get back into that all white country club. This is my last posting I am done with NUTS.

You know what? You're right. We ARE nuts. Happy?

For the last time, if you're going to remain "anonymous" and take shots at people who are brave enough to use their real names, that makes you a coward. You refused to adopt evan an anonymous handle, like our friend "ned_op" for instance, when making your statements even though I requested it. Fine. You can leave.

Let me know when you do start YOUR blog...I can't wait to be impressed by the superior logic and irrepressable wit you're sure to display. I really need someone to show me how to do this properly.

I will not miss your blindered partisanship, anonymous. I may be Republican, but at least I have my eyes open. People who want a red carpet rolled out for their free speech while smearing others who exercise it as "sitting around and bitching" have a bit of introspection missing in the ol' personality makeup. You're right - Joe's the perfect candidate for you!

Be A man and run for office yourself, you’re the damn coward. If being anonymous is sign of a coward then I guess any person who agrees with you who is listed as anonymous is a coward. your intolerant. As to the next anonymous after your post who clearly agreed with you, find one post where I did not state clearly that Lieberman was wrong. I voted for Lamont, I sent him money, he sucked as a candidate. If you were not hypocrites you would just say thanks for the help, don’t agree with you but that is the beauty of Free speech. I should have known a blog from Milford, more right wing nuts that in a can of peanuts. Hey Bob you stated that I should let you know “how its done”. Well you fraud here is your answer, run for office, work in a soup kitchen, vote pro choice, look beyond your own comfortable life to the inner cites and ask how can I help. your a clown, do something constructive. Your site is nothing more than the cult of Ned while people are dying in Darfur and Iraq. Now delete me and respond how I am not a good person. No one is afraid of you or your mob. Lieberman is still wrong and your still a hypocrite.

OK, kids -- recess is over -- time to go in for milk and cookies and your nap.

One of Secretary of State's Susan Bysiewicz' email addresses.

Email her about enacting a 'loser law' in CT. A Lieberman debacle should never be allowed to happen again!

They could call it the Lieberman Loser Law or the Benedict Arnold Law.

I've printed out Sirota's article and will look forward to hearing more from him. Unfortunately, the MSM will continue to give Joe a free pass, but this is why the CT blogs are so important so we can keep on top of him when he crosses over that isle at the wrong time with the wrong vote! Thanks to you and Kirby for being there for us!!!!!

Yeah, it sure is a bitter/sweet ending to these mid-term elections and it just means that our work has just beyond!!!!! That being said, I sure do feel relieved from the weight of the 1000lb elephant being lifted off the shoulders of this country!

As I noted before, I don't trust Joe. I think he has spent too much time telling people what he thinks will win him the election that he has lost his way about "what's right for the people of CT"

This is his chance to reorient his compass and find the right way -- based on what people in CT tell him. More people voted against Lieberman than for him on Tuesday, and if he wants real power as an elected representative of the people, it will come from his constituents.

I agree Kirby! Also, allow me to finish my statement:

I feel relieved that the 1,000 lb. elephant has been lifted off the shoulders of this country, now let’s hope the donkey doesn’t make an ass out of itself!

This was a Lamont blog and as such it concentrated on issues related to the campaign. Those issues are still valid and they'll continue to be discussed. The things Ned (and we) stood for, we still stand for. The focus will shift from the 2006 campaign to what we have to do in the aftermath and on to the future.

And don't attack people for what you THINK they aren't doing. You don't have a clue what people here actually do in their communities in their private lives. If you knew the people here personally, you might be damned embarrassed for attacking them.

That was a great Sirota article, and I commented on his blog site that if he can find a way to take this newly formed Progressive Lamont supporters, and steer our efforts into getting rid of the Centrist traitors like Schumer, Emmanual, Clintons, etc, then I am in!

(ps, Bob, if you decide to run against Aman, call me, I am with you 100% and will stand shoulder to shoulder in your fight! The man is just another POS like Lieberman, who let his power go to his head!)

Sirota is as clueless as the rest of you. Now that Feingold's out he may have to get a proper job!

As far as someone running against Jim Amann I think the good people of Milford will find the canidate. The town is fed up with his antics. He should be removed as speaker of the house. Jim also left his party. Maybe the CT for Lieberman has 2 members Jim & Joe.