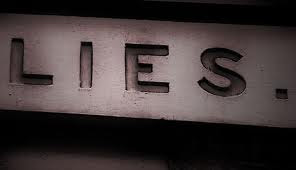 Where to start? Here is a clip from Malloy's meeting with the Register-Citizen.

Regarding debates, Dan continues to suggest that Ned stood him up in New London last night. No, the Lamont campaign had not determined whether to add New London to the twenty-seven debates between the two candidates -- and the one scheduled for tomorrow morning!

Dan says he accepted the invitation. The tickets were printed.
The truth is that the debate organizers called the campaign to determine what their decision was about attending because they wanted to go to the printer for the tickets.

Dan says, "Very different positions with respect to home health care – which I support – but not to the exclusion of  closing down every nursing home in the state, which would be a disaster. I think that’s a valid point to make."
The truth is that Lamont's plan says "I will work within the new national health law to develop a long-term care system that pays for the care people need, in the setting best for them. The system will be flexible, allow patient choice, and focus on patients' level of need without regard to age or type of disability."

Remember, I'm an RN with a background in home health care. The University of Connecticut released a comprehensive report [pdf] on long-term care in the state. Researchers wrote "A critical piece of Connecticut's long-term care needs assessment gathered relevant data from people who live in Connecticut." The survey showed that 69% of CT residents said they did not want to live in a nursing home.

Lamont is not going to shut down nursing homes. The people of Connecticut want to make decisions best for them and their families and that's Lamont's plan. Just another in a long list of lies from Dan Malloy. Lies that will not create a job or educate a child. Lies that Connecticut can't afford.
Posted by Kirby at 7/28/2010 07:46:00 PM

Don't vote for Ned Lamont for the one reason that he has no experience governing...None

And governing experience got us...John Rowland. No thanks.

Dan Malloys' crownies left a pamphlet on my mailbox and broke the flag.
This shows his character, total disregard for others.

I am mad, too. Ned Lamont's groupies crashed my party and stomped all over my birthday cake.
Then they took my US flag and my CT flag and burnt them right in front of the children.
My story is as believable as the other Anonymous'.
Don't you think?
If you do not believe my story but believe the other, I may not be able to sell you the Brooklyn Bridge, but I'm sure you will be willing to rent my money tree for a week. I only charge $1,000 up front.

Why would anyone waste there time voting for any of these liars and crooks. They all pledge everything imaginable and once in office they do what they want. Just look at our great president, what a joke! Its amazing not one of these people will put their money where the mouth is and take a "serious" pledge and sign a form that if they take campaign money from lobbyists or contractors and are involved with any ethic violations, they will resign, give back all the money the received from the state and forgo all the govt benfits and possible jail time. When you apply for any job you must fill out forms acknowleding code of conduct and company policies and if you don't follow you are fired and receive NOTHING. All these crooks should be held to the same standards period.. And I approve this message!!