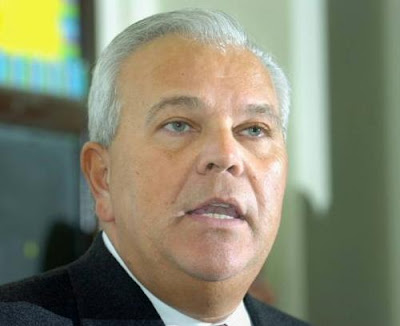 Tomorrow we'll likely see the ruling on whether Republican candidate for governor, Lt. Gov. Mike Fedele, is legally entitled to the public campaign financing funds he was awarded recently.

From the CT Mirror:

At the judge's request, Fedele's campaign agreed not to spend any public money until after the ruling.

Foley filed suit last week claiming the State Elections Enforcement Commission misinterpreted the law when it allowed Fedele to pool his finances with Mark Boughton, a candidate for lieutenant governor, in order to reach the threshold of $250,000 in contributions of $100 or less required to qualify for public financing.

Foley also claims the pooling resulted in double-counting of contributions, because some donors gave $100 each to Fedele and Boughton.

While a negative ruling probably won't finish Fedele, it'll certainly put a crimp in his campaign. Especially considering if he'll have to raise additional funds in order to legally qualify for the campaign financing.

And, with just over four weeks to go until the primary, the guy trailing in all the polls probably doesn't want to have to hold up on spending his money on advertising.

PS - I just got back from my fun sailing vacation with some great friends, and I just want to acknowledge once again how much Kirby rocked the house this last week by posting her insightful and entertaining articles here. I'm starting to think we should change the name of this blog to reflect its obviously more talented contributor.

How's "ConnecticutKirby.com" grab ya? Thank you so much Pat for keeping the lights on here, and please don't relax your creative output simply because I'm back!
Posted by CT Bob at 7/12/2010 05:24:00 PM