Foley to speak on election today 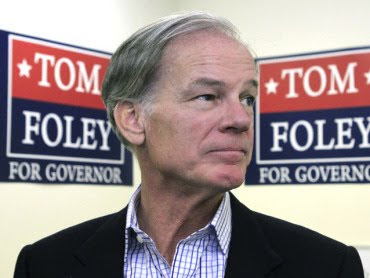 Tom Foley announced he'll appear before the press today around 1PM to discuss the election and whether he'll pursue a challenge to the results. The current margin of the election stands at 5,637 votes out of more than 1.1 million votes cast, which is very close to a 0.5% difference.

I'm guessing Foley will let the results stand, although he'll have plenty to say about the situation in Bridgeport. There's major doubt that he'll be successful in getting a recount, and even more that afterward the current result will be overturned. Unless Foley's team has uncovered some broad ranging evidence of corruption or voter fraud, there's going to be little legal grounds for a challenge.

There are some issues that do need to be addressed. As I discussed previously, the ballots running out was a total embarrassment. Also, the issue of late voting and photocopied ballots should be discussed, especially procedures. And there's now a question about whether the judge was justified in ordering the reverse-911 emergency notification service to be used to tell voters with land-line phones that voting was still open until 10PM.

Regardless of the above, we DO have a governor-elect, and Gov. Rell's office needs to accept that fact and start paving the way for a smooth and orderly transition.

For a different view, I encourage you to check out CT Blue's analysis of Foley's position. He provides insights into what sort of legal challenges Foley might present.

Poor Foley. The Hayes sentencing verdict came down before TF could make his big announcement and all the media went chasing after the latest bright shiny thing.
oldswede