From commenter twolf1 over on Fire Dog Lake: 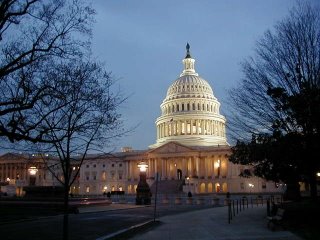 Republican: You guys have no ideas, no plans

Democrat: Yes we do, you just won’t listen

Democrat: Well, I think we should pull the troops out, maybe a phased redeployment to reduce the number of troops to zero over the next six months.

Republican: HA! You’re not an American. You want the terrorists to win with your liberal cut and run plan. Murtha is a coward, you are a coward. Now go back to watching the World Cup, you Communist! America won’t back down, we will stay the course!

Republican: I have a better idea. We will begin a phased pull-out from Iraq in September.