(gee, I always wanted to say that)

The Ned Lamont for US Senate campaign has JUST released a new 60-second radio commercial, and includes a challenge to Joe Lieberman. 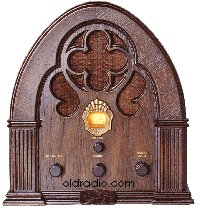 They want Democrats to sign a letter to Senator Lieberman to ask that he agree to support the winner of the Democratic primary on August 8th. So far, Connecticut's junior Democratic Senator has refused to publicly pledge his support for the fair winner of the primary.

Go to nedlamont.com to hear the ad and sign the letter. Let's try to get Joe to agree that he is, in fact, a Democrat.

What are you doing reading this?

(Sorry, I just watched "Napoleon Dynamite" yet again; it's the silliest family-friendly film I've seen in ages! But go listen to the ad; don't make me get my nunchucks!)

I want to see a billboard on I-95 with the celebrated picture of Bush and Holy Joe on it.

You know what? That's a really good idea.