(by Tessa Marquis, reposted from My Left Nutmeg)

I met David Stevenson at Democracy for America meetings and various Lamont rallies throughout Connecticut in 2006 and since then. He is big - tall and burly - and friendly. And one of our own, writing commentary on MyLeftNutmeg and hanging with the Progressives/Libruls!

Now he is campaigning for State Representative (Official Website). It is called the 107th District (Brookfield and Bethel).

This is the guy: 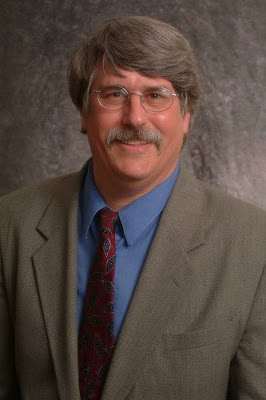 Looking through the House Bills introduced by David Scribner, current State Rep for the district, I immediately remembered that he voted against Compassionate Care for Rape Victims. So there won't be accusations of my being a single-issue person, here is mikect's notation on one of David Stevenson's posts at MLN:

It's notable that Scribner got a 100% rating from the Family Institute of CT, a 0% rating from CCAG in 2003-2004, an overall D grade from People of Faith CT, an A grade from the NRA, a 40% score from the CT League of Conservation Voters, and a lifetime record of 35% from the CT AFL CIO. He also opposed campaign finance reform in 2005.

This is the other guy (incumbent): 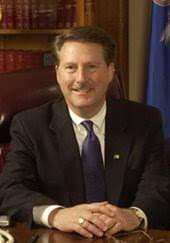 Please note, by contrast, David Stevenson's website, where he writes

In order for me to receive public financing for this election, I needed to receive a combination of 150 individual donations from within the towns of Brookfield and Bethel - and a total of $5,000. in individual donations. The maximum allowable donation under Connecticut law is $100. As you know, I have requested that individual donors contribute $20.08 or less to my campaign.

This means it will take David Stevenson much longer to gather the funds necessary to achieve the monetary threshold required by the Clean Elections program.

And he is Funny:

I would like to thank those who have donated. Rather than mention complete names, I would just like to say thanks to all of you by first name - beginning with the most popular first name. Thank you Mary, Jim, Susan, Tom, Dan, Barbara, Michelle, Chris, Robert, Carol, Jeremy, Patricia, Richard, Ben, George, Arlene, Pete, Joe, Linda and John - and thank you to all of my other friends whose names did not make the top 20.

On a serious and more urgent note:

Under the new campaign finance laws, you must complete the QUALIFYING CONTRIBUTION CERTIFICATION FORM and include it with your contribution.