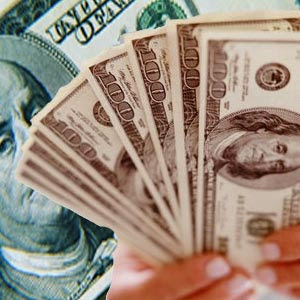 Rep. Chris Shays has been the recipient of large amounts of campaign assistance and commercial buys from the National Association of Realtors PAC, according to The Hill:

The immediate question that comes to mind is, why is a powerful PAC like the National Association of Realtors so interested in keeping a Republican like Chris Shays in office? To the tune of a half-million dollars? Are they just generous people, who believe Shays will work to protect the interests of the "Joe Citizens" out there?

Or might they expect a little quid pro quo from Shays should he win in November, in the form of votes that are helpful to the PAC's members?

Do you really need to think about the answer here?

Shays's 21-year reign in Congress is threatened by Democrat Jim Himes, who is currently polling even with Shays in Connecticut's 4th Congressional District. The Himes campaign responded in a press release, stating that:

"...one of the special interest groups that benefited from the sub prime mortgage scams on Wall Street, the National Association of Realtors, announced that it is spending over half a million dollars to reelect Chris Shays. As they pushed millions of Americans to buy homes they couldn't afford, Realtors collected fee after fee as more and more houses changed hands, and the Wall Street bubble grew bigger and bigger.

"Chris Shays cannot bring solutions to Washington when he is in the pocket of lobbyists for one of the industries that benefited from the subprime crisis," said Michael Sachse, Spokesman for the Himes campaign. "In years past, Chris Shays would have spoken out against this kind of outside influence, but now that polls show he's tied with Jim Himes he's taking help from any lobbyist with a dollar to spare."

More like a half-million bucks to spare, from one of the most powerful special interest groups out there! That ain't no chump change.

They want something in return.

Bobbo, what do you say about this?