How the GOP will finance the bailout 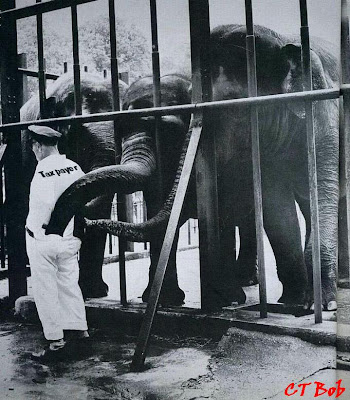 Oh no, according to Paulsen, the government can resell this crap at a profit when the housing market goes orbital again. We'll make money!
Remember Wolfson telling us that the Iraq war would pay for itself?
oldswede

What amazes me is that anybody even LISTENS to that asshole anymore. I guess whenever the GOP needs a position supported/justified, they turn to him.

With the way the idiot son of an asshole bush has this set up there is absolutely no accountability or Congressional oversight for any of this proposed government handout to the his failed elite base.

Never mind that it does not address even one of the myriad of regulation flaws that allowed all of this to happen in the first place.

And yippy for all of us! McCain wants more deregulation, just like the banking one's he helped enact, to fix all of the health care problems we face... What a freakin' genius!

I'm very concerned that Chris Dodd is saying that we need to pass this bailout immediately.

"Sen. Christopher Dodd, D-Conn., chairman of the Senate Banking Committee, agreed with Paulson that speedy passage of the bill was necessary.

"We need to do it quickly," Dodd said on "This Week." "We need to give the Secretary the authority to work."

I don't think it's a financially sound move to give one man complete control over 3/4 of a trillion dollars without any oversight. I hope other members of Congress show a bit more restraint in their support and think this thing through.

We didn't get into this mess overnight, and we sure as hell don't have to fix it overnight.

Thanks for the link!

I've had that picture of elephants picking the guy's pockets for a while now, just waiting for the right moment to use it. This seemed appropriate.