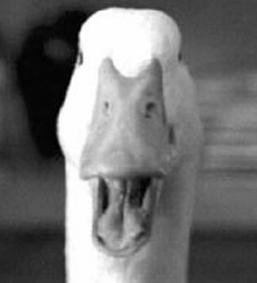 SHAYS DUCKS HIMES
Incumbent refuses to debate challenger
BRIDGEPORT, CT - Apparently worried that he cannot defend his recent claim that "our economy is fundamentally strong" and seven years of support for the Iraq War, Chris Shays has refused to schedule debates with Jim Himes. Shays has refused offers to debate from reputable third parties, including Bloomberg television and the League of Women Voters. The Shays campaign has also refused to respond to requests from the Himes campaign to discuss debates. The Himes campaign issued the following statement in response.

"It's no surprise Chris Shays is hiding from Jim Himes," said Dana Houle, Campaign Manager for Jim Himes. "Chris Shays is the guy who parroted George Bush's claim that 'the fundamentals of our economy are strong.' Jim Himes understands our economy and understands the challenges facing us in Iraq and Afghanistan, on education, on healthcare. Chris Shays is out of his depth in serious discussions about the economy and his time in Washington has left him out of touch with the concerns of Connecticut families."

With Jim's increasing popularity in the district, and the fact that Chris Shays has done little to resolve the many issues that face us, we can all see what he's become:

Good. Feel free to elaborate if you wish.

did the shays campaign offer any reason for not debating? it seems like a really weird move.

What do you mean by 'progress'? Please be specific.