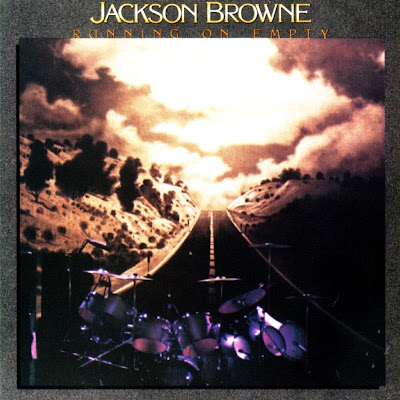 In a follow up to the "Heart" article from yesterday, a reader sent me a link to this news story (h/t FLKCZARINA):

Renowned songwriter and liberal political activist Jackson Browne has filed a lawsuit today against Senator John McCain and the RNC in the U.S. District Court in Los Angeles. The lawsuit stems from a recent television commercial for Senator McCain's presidential bid that incorporates the song Running On Empty, a song written by and famously associated with Mr. Browne, it was announced today by Jackson Browne's attorney, Lawrence Y. Iser.

In addition to a claim for copyright infringement, the suit alleges that by using a song famously associated with Mr. Browne, Senator McCain and the Republican Party violated the United States Lanham Act by falsely suggesting that Mr. Browne is associated with and endorses Senator McCain's candidacy. The suit also alleges that the use of Mr. Browne's voice in the commercial violates Mr. Browne's right of publicity under California law. The suit seeks a permanent injunction prohibiting the use of Running On Empty and any other Jackson Browne composition, as well as damages.

Talk about having a tough week! Of course, McCain and the RNC knows that it takes months or even years to get a lawsuit heard, and unless a Cease and Desist order is issued, they'll just continue using the music regardless of the artist's wishes.

They're probably thinking that if they can just hold on and somehow win in November, after that all bets are off. In fact, if McCain wins, a special holding cell will be constructed in Gitmo for Ann & Nancy Wilson, Jackson Browne, and any other "librul" artist who doesn't know to fall in line!

Instead of electric shocks, they're torture the prisoners by making them listen to THIS twenty-four hours a day.
Posted by CT Bob at 9/10/2008 02:37:00 PM

I was AFRAID to click on your link...somehow I feel certain ABBA would have come out of my speakers (& then I'd have to shoot & field-dress it...maybe a smart pink polka-dot ensemble...)

Jeez, I was thinking of Rick-rolling everyone, but I'd hate to lose ALL my readers! LOL!